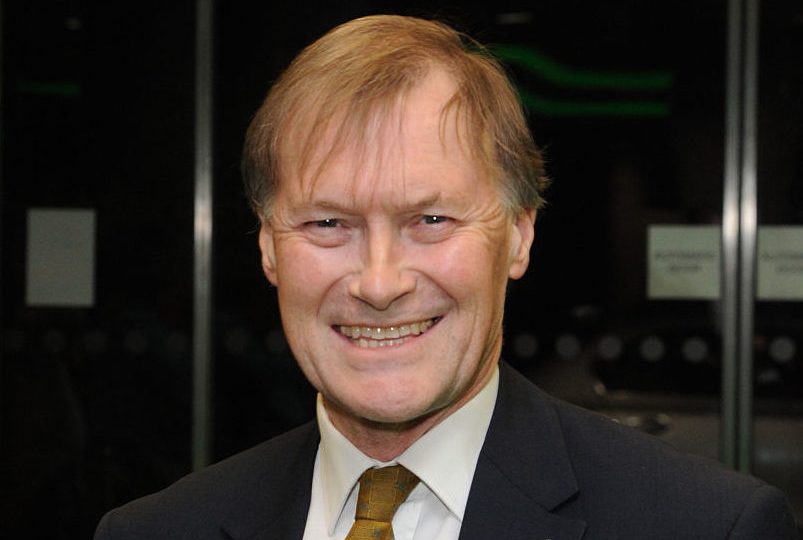 British MP Sir David Amess was meeting voters inside a church in Leigh-on-Sea when he was attacked. Photo: Getty

A British MP has been killed by a man who lunged at him during a meeting inside a church in Essex, east of London.

David Amess, 69, from Prime Minister Boris Johnson’s Conservative Party, was attacked at about midday on Friday (local time) in the Belfairs Methodist Church in Leigh-on-Sea.

Mr Johnson has led tributes to Sir David, describing his colleague as “one of the kindest, nicest, most gentle people in politics”.

“David was a man who believed passionately in this country and in its future and we have lost today a fine public servant and a much loved friend and colleague,” he said.

The knife attack at a meeting with constituents has echoes of a 2010 incident when Labour lawmaker Stephen Timms survived a stabbing in his constituency office, and the 2016 fatal shooting of Labour’s Jo Cox just days before the Brexit referendum.

“Attacking our elected representatives is an attack on democracy itself,” Ms Cox’s husband, Brendan, said on Twitter in response to the attack on Sir David.

“There is no excuse, no justification. It is as cowardly as it gets.”

The attack has prompted questions about the safety of politicians.

Essex Police said counter-terrorism officers will investigate the murder however the motivation for the attack has not been confirmed.

“We made it clear at the time of the incident that we did not believe there was any immediate threat to anyone else in the area,” Chief Constable Ben-Julian Harrington said.

“It will be for investigators to determine whether or not this may have been a terrorist incident. As always, they will keep an open mind.”

The police chief said police and paramedics had worked to save Sir David but he died at the scene.

“Sir David, had dedicated his life to serving the communities of Essex and today he was simply dispensing his duties when his life was horrifically cut short. I know the residents of Essex and Southend West will stand with me today in remembering a member of our community,” Chief Constable Harrington said.

“Here at Essex Police officers right across our force, particularly in Southend, have enjoyed a long-standing working relationship with Sir David and today’s events will be hard to take in for everyone who knew him.”

A 25-year-old man was taken into custody.

“We have recovered a knife from the scene and are not looking for anyone else in connection with the incident,” Essex Police wrote.

“We are continuing to appeal for anyone who saw anything or has CCTV, dash cam or doorbell footage to come forward.”

A man has been arrested on suspicion murder after a man was stabbed in #LeighonSea.

We were called to Eastwood Road North shortly after 12.05pm.

A man was arrested at the scene.

We are not looking for anyone else.

John Lamb, a local councillor who was at the scene, told Reuters Sir David had been stabbed several times.

Colleagues from across parliament expressed their shock and paid tribute to Sir David, one of Britain’s longest-serving MPs who held regular meetings with voters on the first and third Friday of the month.

Flags in Downing Street and outside parliament were lowered in tribute.

Sir David, married with five children, was first elected to parliament to represent Basildon in 1983, and then stood for Southend West in 1997.

He was knighted by Queen Elizabeth for his public service in 2015.

Colleagues said Sir David was a dedicated parliamentarian and cast him as a true gentleman.

“Heartbreaking to hear of the death of Sir David Amess,” former Prime Minister Theresa May said.

“A decent man and respected parliamentarian, killed in his own community while carrying out his public duties. A tragic day for our democracy.”