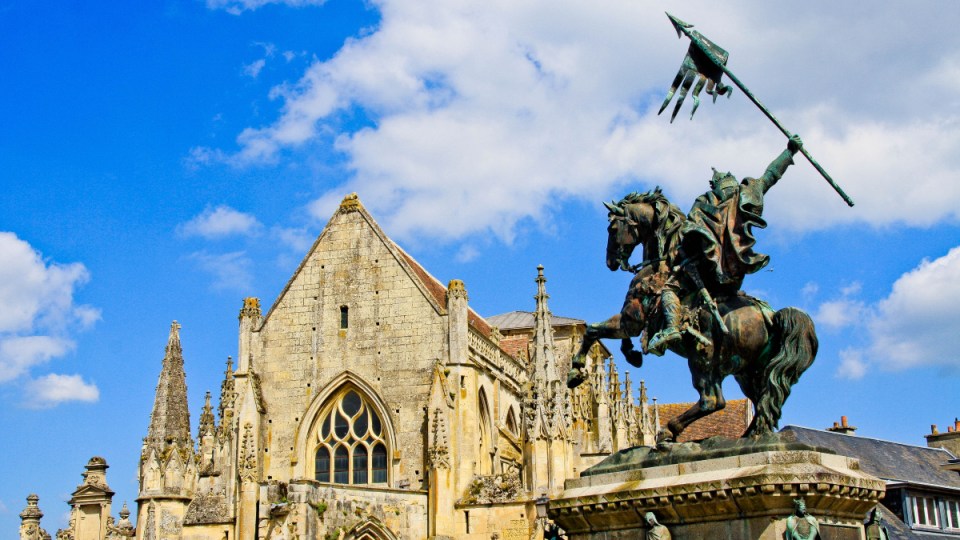 William the Conqueror began his quest to become the King of England on September 27. Photo: Getty

On this day 955 years ago, William the Conqueror and his troops set sail for an invasion that changed the course of British history.

The Duke of Normandy and 7000 to 12,000 men from the better-known part of north-western Europe, left for the southern coast of England on September 27, 1066.

It announced the beginning of the historic Norman invasion, which defeated the English and saw William the Conqueror crowned King of England.

William, a descendant from the inaugural Duke of Normandy Rollo (of Vikings fame), was the son of unmarried Duke Robert I and succeeded his father when he was a child.

In 1066, William made his claim for the English crown after the death of his first cousin once removed and King of England, Edward the Confessor, who on his death bed gave the title to Anglo-Saxon Harold Godwinson.

This led to William’s invasion, and the construction of a castle in the area known as Hastings.

The castle would later become the arena for the Battle of Hastings, which began on October 14, 1066.

The Normans were not the only people with an eye on the English throne — two days before the Normans left for England, King Harald Hardrada and his Norwegian army invaded the north of England.

William and his Norman troops successfully fought off the Anglo-Saxon forces at Hastings and marched on to London, where English barons and Harold’s uncrowned successor, Edgar Aetheling, capitulated.

William was crowned the King of England on Christmas Day in 1066 – an act that united the rule of England and Normandy under his leadership.

He reigned over both Normandy and England until he died in 1087.

It introduced the Norman language to England, alongside new castles, a new Norman nobility, a change in the composition of the English clergy, and an everlasting connection between England and Normandy.

On This Day: William the Conqueror sets sail for England