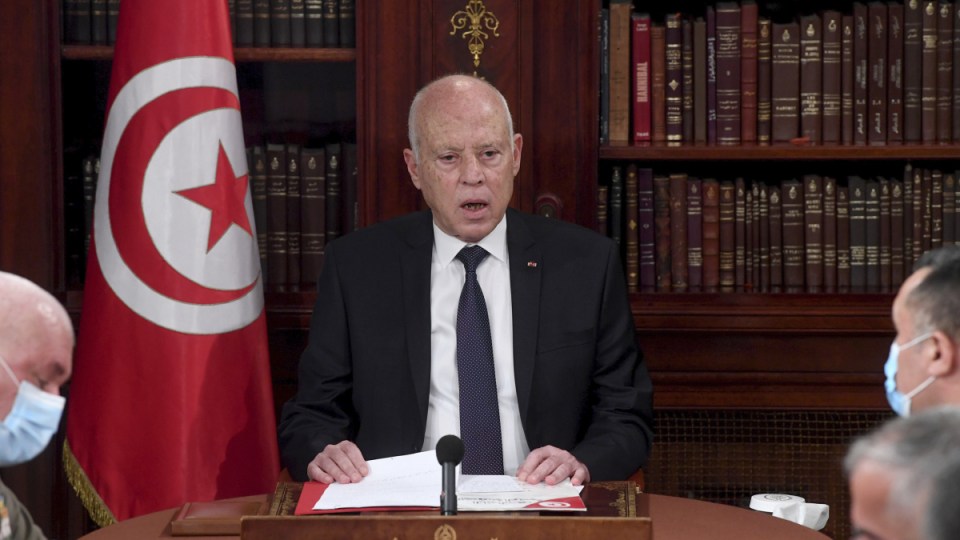 Tunisia is facing its worst crisis in a decade of democracy after President Kais Saied ousted the government and suspended parliament with help from the army, a move denounced as a coup by the country’s main parties.

Mr Saied’s action late on Sunday followed months of deadlock and disputes pitting him against Prime Minister Hichem Mechichi and a fragmented parliament as Tunisia descended into an economic crisis exacerbated by one of Africa’s worst COVID-19 outbreaks.

The crisis risks morphing into heated street confrontations as Mr Saied’s critics, including Islamists, warned he was endangering the democratic system introduced after the 2011 Arab Spring uprising.

After Mr Mechichi called for protests against the ousting, Mr Saied extended existing COVID-19 restrictions on movement on Monday (local time) and vowed any violent opposition will be met with force.

The president urged people not to go into the streets.

“I call on the Tunisian people to stay calm and not respond to provocations,” he said.

The White House said it had not yet determined whether Mr Saied’s actions constituted a coup. However, the US State Department warned Tunisia not to “squander its democratic gains”.

Rival groups faced off outside the parliament building on Monday, pelting each other with stones and hurling insults, but the size of the protests was limited to hundreds, and there were no major reported incidents of violence.

The military surrounded the parliament and government palace, stopping members of parliament and state workers from entering the buildings, as well as the national television station. Al-Jazeera said police raided its Tunis bureau and expelled staff.

The president also reinforced a long existing rule that bans public gatherings of three or more people in streets or squares.

Mr Saied’s intervention followed protests in major cities on Sunday over the government’s handling of the pandemic, with a spike in cases, and economy. He has rejected accusations of a coup.

Large crowds quickly poured into the streets to support his moves, reflecting anger at the moderate Islamist Ennahda – the biggest party in parliament – and the government over political paralysis, economic stagnation and the pandemic response.

The economy shrank 8 per cent last year. Tunisia has one of the highest COVID-19 death rates in the region. On Monday, Tunisia’s hard-currency bonds tumbled.

Mr Saied, who has not said when he will appoint a new premier or relinquish emergency powers, has also ordered that state administrations and foreign institutions stop work for two days.

‘Colonisation’ of Indigenous food: The problem with the new McDonald’s coffee
At least 57 die in shipwreck off Libya: UN
Today's Stories