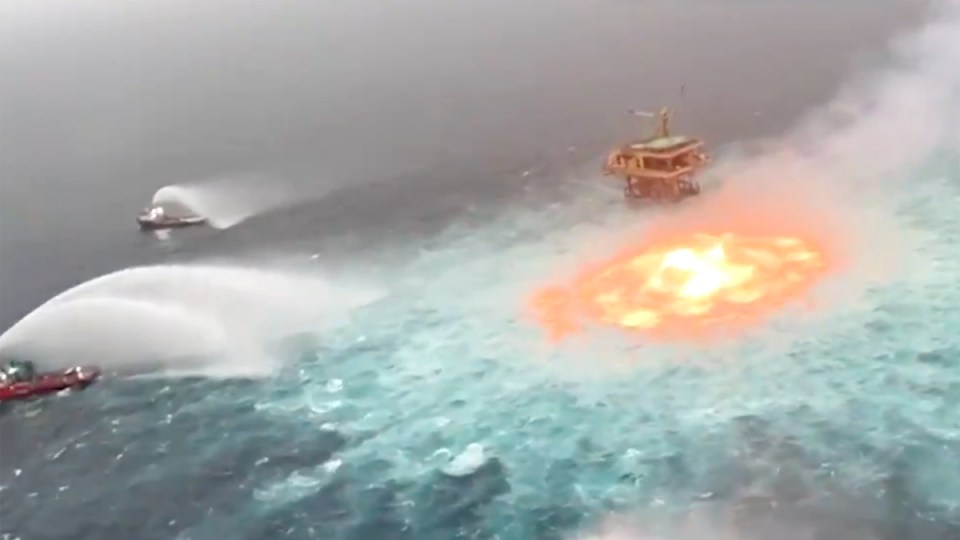 Environmentalists have criticised Mexico’s state-owned oil company after a gas leak at an underwater pipeline unleashed a subaquatic fireball that appeared to boil the waters of the Gulf of Mexico.

Greenpeace Mexico says the accident on Friday appeared to have been caused by the failure of an underwater valve and it illustrated the dangers of Mexico policy of promoting fossil fuels.

President Andres Manuel Lopez Obrador has bet heavily on drilling more wells and buying or building oil refineries. He touts oil as “the best business in the world”.

Greenpeace said in a statement that the fire, which took five hours to extinguish, “demonstrates the serious risks that Mexico’s fossil fuel model poses for the environment and people’s safety”.

It said nobody was injured in the incident in the offshore Ku-Maloob-Zaap field.

The leak near dawn on Friday occurred about 150 metres from a drilling platform.

The company said it brought the gas leak under control about five hours later.