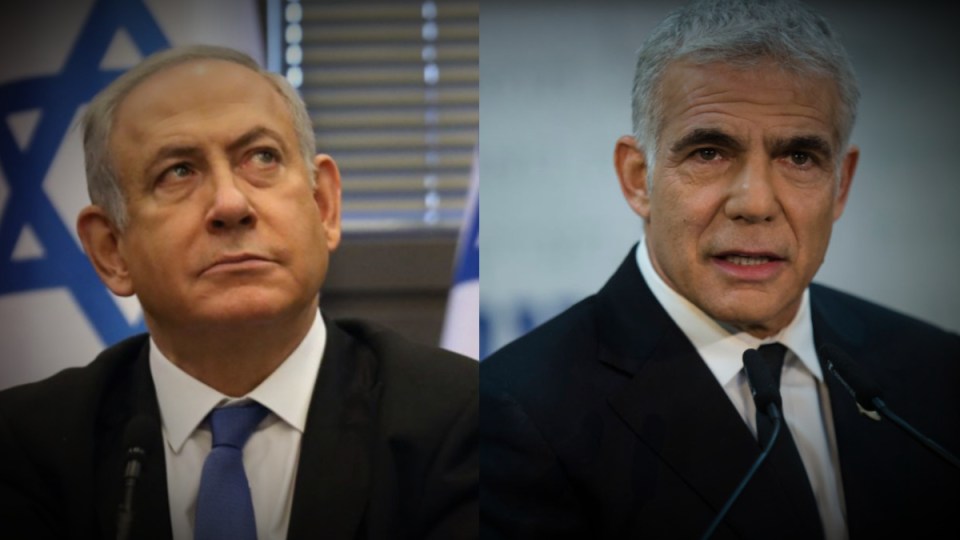 Yair Lapid has hours to finalise a coalition or there will be another election, which could allow Benjamin Netanyahu to retain power. Photo: Getty/TND

Israeli Prime Minister Benjamin Netanyahu’s opponents are racing the clock to finalise a coalition government that would end his 12-year rule ahead of a deadline at midnight (local time).

Centrist Yair Lapid and ultranationalist Naftali Bennett have joined forces and agreed to rotate the premiership between them, with Mr Bennett going first.

But they were still working to cobble together a ruling coalition that would include parties from across the political spectrum.

According to the reports, Ayelet Shaked, Mr Bennett’s deputy, was demanding a place on a committee that chooses the country’s judges.

But Mr Shaked, a prominent voice among Israel’s hard-line conservatives, has expressed misgivings about joining forces with the dovish members of the emerging coalition.

Both Mr Shaked and Mr Bennett have come under heavy pressure from Netanyahu and the country’s right wing base not to join his opponents.

The Knesset, or parliament, has assigned additional security guards to both in recent days because of death threats and online incitement.

By Thursday morning (Australian time), with under three hours before the deadline at midnight (7am AEST), there was still no sign of progress.

Mr Lapid must inform Israel’s largely ceremonial president, Reuven Rivlin, by midnight that he has formed a majority coalition of at least 61 seats in the Knesset.

The assembly would then have a week to hold a vote of confidence.

If Mr Lapid misses the deadline, the country will almost certainly have a fifth election in just over two years, and Mr Netanyahu would have yet another chance to hold onto his position as he stands trial for corruption.

Mr Netanyahu’s Likud won the most seats in the March 23 election but he was unable to form a majority with his traditional religious and nationalist allies.