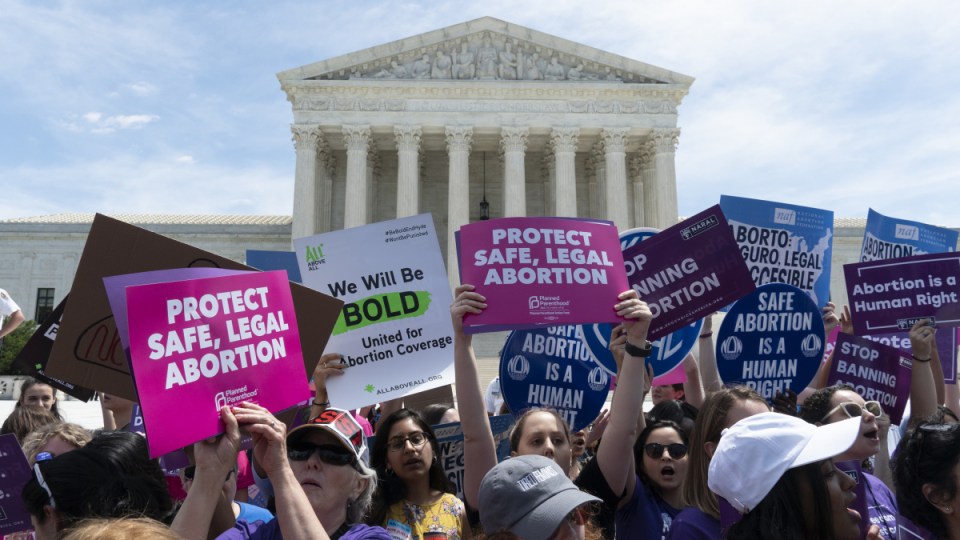 Landmark US legislation that for almost 50 years has allowed a woman's right to choose to have an abortion could be overturned. Photo: AAP

The US Supreme Court is set to consider the legality of a ban by the state of Mississippi on abortions after 15 weeks of pregnancy.

The announcement sets up a showdown over abortion, with a more conservative Supreme Court seemingly ready to dramatically alter nearly 50 years of rulings on abortion rights.

It has the potential to undermine Roe v. Wade, the 1973 decision that established a constitutional right to abortion in the US.

The Mississippi case will be the first abortion case to come before the court since the confirmation of Justice Amy Coney Barrett, a devout Catholic, under the Trump administration. Her appointment gave conservative judges on the Supreme Court bench a 6-3 majority.

Mississippi’s ban, enacted in 2018, was blocked by lower courts as inconsistent with the Supreme Court precedent that protects a woman’s right to obtain an abortion before the fetus can survive outside her womb.

The court will hear arguments in the case in its next term, starting in October. It is likely to take several months to arrive at a decision – setting up a politically explosive showdown before the midterm elections for the US Congress.

Nancy Northup, president and CEO of the Center for Reproductive Rights, said in a statement: “Alarm bells are ringing loudly about the threat to reproductive rights.

“The consequences of a Roe reversal would be devastating. Over 20 states would prohibit abortion outright. Eleven states—including Mississippi—currently have trigger bans on the books which would instantaneously ban abortion if Roe is overturned.

“…We will keep fighting to make sure that people do not lose this fundamental right to control their own bodies and futures.”