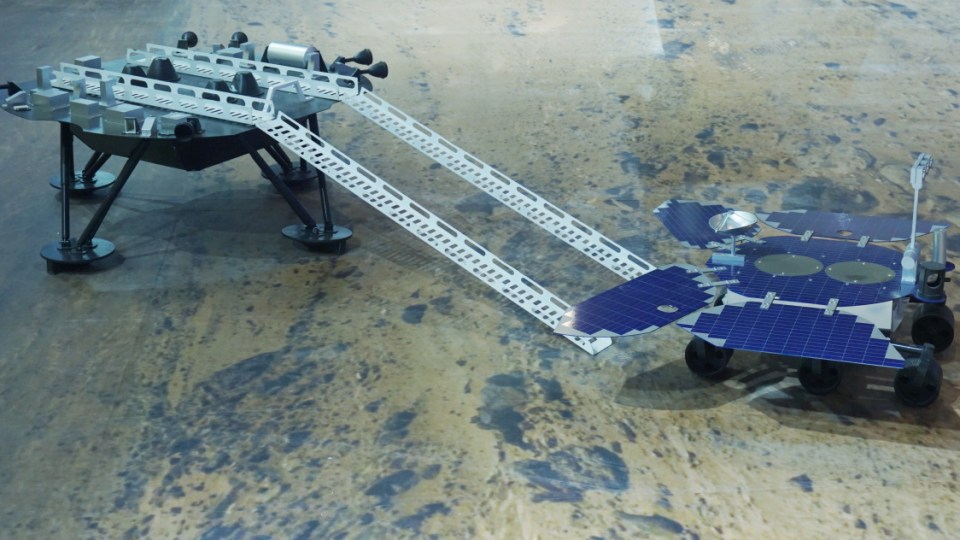 A model of the Chinese Mars rover. Photo: AAP

The official Xinhua News Agency said on Saturday that the lander had touched down, citing the China National Space Administration.

The Tianwen-1 spacecraft landed on a site on the Southern Utopia Plain, “leaving a Chinese footprint on Mars for the first time,” Xinhua said.

The spacecraft left its parked orbit around 3am AEST and entered the Martian atmosphere about three hours later.

Xinhua said the landing process consisted of “nine minutes of terror” as the module decelerated and then slowly descended.

The lander was carrying a rover that was deployed on the red planet, making China the second nation to deploy one, behind the United States.

The six-wheel robot called Zhurong marks a major leap in China’s space program, which has managed to launch an orbiter, lander and rover in a single mission.

It is solar powered and will survey the landing site before departing from its platform to conduct inspections.

The rover will study the planet’s surface soil and atmosphere.

Steve Smith confirmed as starter for first Test against Sri Lanka
Matildas will be keen to forget 7-0 drubbing by Spain
Upcoming stats will reveal where and how hard rates are hitting economy
Victorian MPs pocket a tidy 2.75 per cent pay raise
Reserve Bank review isn’t a ‘get the governor’ exercise: Jim Chalmers
‘Violence for weeks’ feared after landmark US abortion ruling
US Republicans switch Cheney with Trump supporter Stefanik
Today's Stories

China claims to have deployed its first rover on Mars