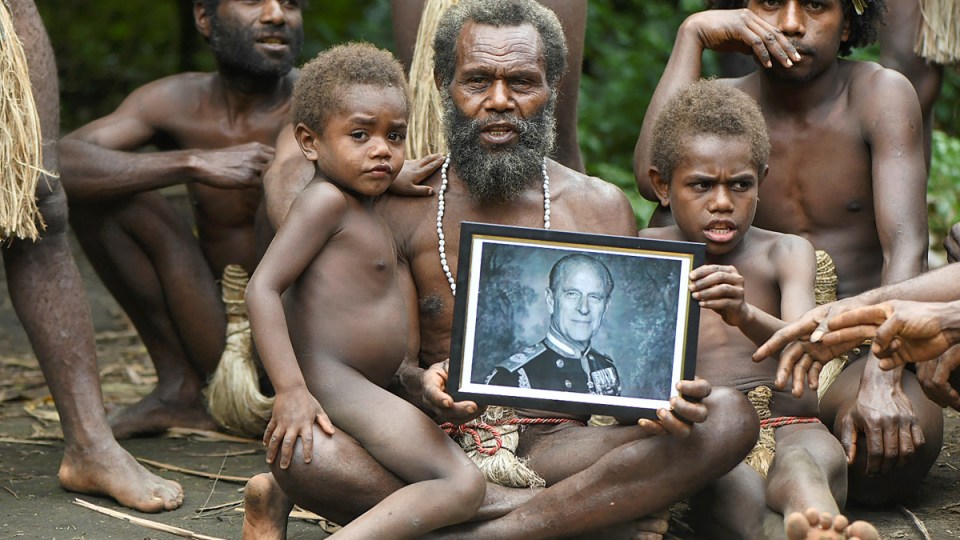 Devotees of the late Prince Philip have held a mourning ceremony in his honour on the South Pacific island of Tanna in Vanuatu.

Villagers held photographs of the late Prince and spoke of “opening the road for his spirit to grow” footage showed on Monday.

Philip, husband of the Queen, who had been at her side throughout her 69-year reign, died at Windsor Castle on Friday, aged 99.

“We allow the kava to clear the way to allow for his spirit to come back and live with us,” Chief Jack Malia told the villagers, speaking of the traditional alcoholic drink.

“The same spirit will grow inside one of his family and one day we will reconnect the people of Tanna and England.

“He is dead but he has a big family, who will live with his legacy. See all the pictures we have of him here. He is a good man.”

The late Philip maintained a respectful 50-year relationship with the group that venerated him based on their shared respect for tradition, in contrast to his history of racially insensitive remarks.

The villagers’ special interest in the late Philip took the form of daily prayers for his blessing of their banana and yam crops and placing photos of him in homes. Among them is snap from 1980 where the duke is holding a club sent to London by the islanders.

The group’s worship of Philip stemmed from their legend of the pale-skinned son of a local mountain god who ventured across the seas to look for a rich and powerful woman to marry.

Anthropologists believe Philip, who fitted the bill by marrying the Queen, became linked to the legend in the 1960s when Vanuatu was an Anglo-French colony known as New Hebrides.