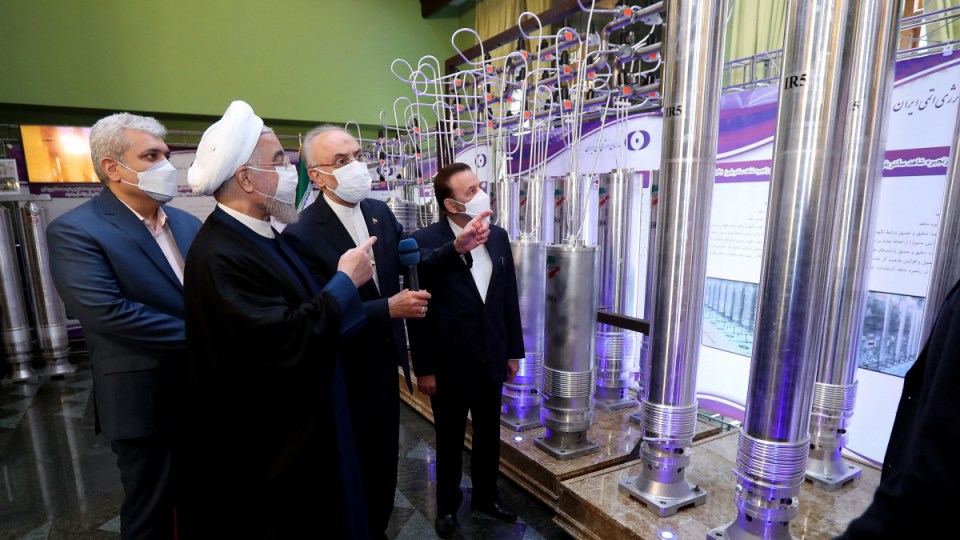 Tensions in the Middle East are ramping up over Iran’s decision to expand uranium enrichment.

The country’s nuclear chief, Ali Akbar Salehi, said an electrical outage at Natanz was caused by an act of “nuclear terrorism,” and Tehran reserved the right to take action against the perpetrators.

Israel’s Kan public radio cited intelligence sources as saying that Israel’s Mossad spy agency had carried out a cyber attack at the site.

Earlier on Sunday (local time), the spokesman for Iran’s Atomic Energy Organisation (AEOI) had said that a problem with the electrical distribution grid of the Natanz site had caused an incident, Iranian media reported.

The spokesman, Behrouz Kamalvandi, said the incident caused no casualties or contamination.

The facility, located in the desert in the central province of Isfahan, is the centrepiece of Iran’s uranium enrichment programme and is monitored by inspectors of the International Atomic Energy Agency, the UN nuclear watchdog.

“While condemning this despicable move, Iran emphasises the need for the international community and the International Atomic Energy Agency to deal with this nuclear terrorism and reserves the right to take action against the perpetrators,” Mr Salehi said. He did not elaborate.

Israel, which has accused Iran of seeking to build nuclear weapons that could be used against it, made no official comment on the incident.

Kan Radio, citing the intelligence sources, said the damage at Natanz was more extensive than had been reported in Iran.

The incident at the Natanz facility comes amid efforts by Tehran and Washington to revive Iran’s 2015 nuclear deal with major powers after former US president Donald Trump abandoned it three years ago.

Mr Trump reimposed sanctions that had been lifted on the Islamic Republic under the deal, and brought in many more.

In Washington, the White House and State Department had no comment on reports of the attack.

In reaction to the US sanctions, Iran has gradually breached many restrictions imposed by the accord.

The two nations laid out tough stances at indirect talks in Vienna last week on how to bring both back into full compliance with the deal.