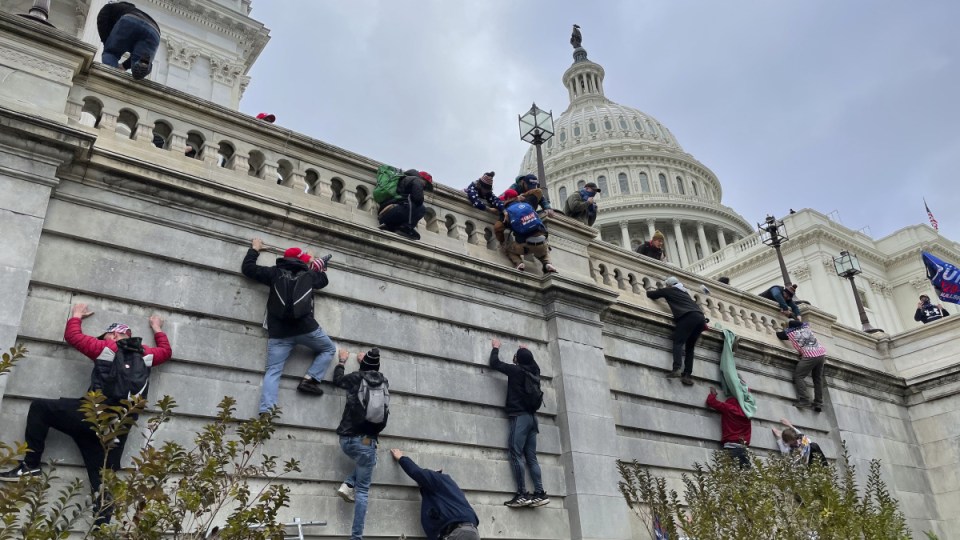 The charges relate to the rioting the occurred at the US Capitol building on January 6. Photo: AP

A US federal grand jury has charged four members of the Proud Boys group with conspiring to block Congress from certifying President Joe Biden’s election victory, according to a newly unsealed superseding indictment.

The indictment alleges that Ethan Nordean of Washington, Joseph Biggs of Florida, Zachary Rehl of Pennsylvania and Charles Donohoe of North Carolina conspired to encourage members of the group to attend the Stop the Steal protest in Washington DC on January 6.

It also says they worked to obtain paramilitary equipment used for the attack on the US Capitol, dismantled metal barriers set up to protect the building and communicated using handheld radios and encrypted messaging applications.

All four defendants are the leaders of Proud Boys chapters in their respective states, the indictment says.

The indictment also alleges that they made their intentions clear as far back as November, with Biggs declaring in a social media post on November 5, threatening war if the election was stolen from then-president Donald Trump, who lost the vote.

Later that month, on November 27, Nordean declared: “We tried playing nice and by the rules, now you will deal with the monster you created.”