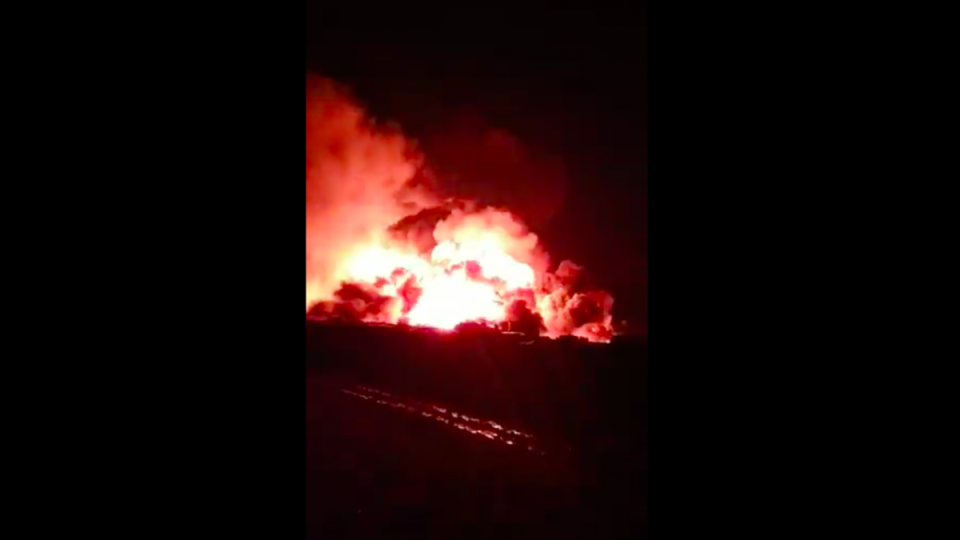 Witnesses to the explosions across northern Syria have shared footage of the flames. Photo: Twitter

Missile strikes in northern Syria near the Turkish border have killed one person and injured at least eleven others, Turkish state media and a source from the Turkish-backed faction that controls the region say.

Huge fire in Tarheen following the second missile attack on a makeshift petroleum refinery and market in northern Aleppo pic.twitter.com/FZHdz98C6I

The source in the opposition National Army group, which controls swathes of northwest Syria where Turkish troops have a presence, said missile strikes had caused the blasts, wounding eleven people.

Anadolu said that they were ballistic missiles and that it was not clear who carried out the strikes, which it said injured 18 people.

Turkey has backed fighters who sought to overthrow Bashar al-Assad but the Syrian president, with Russian and Iranian help, has driven back the insurgents to a pocket in the northwest of the country.