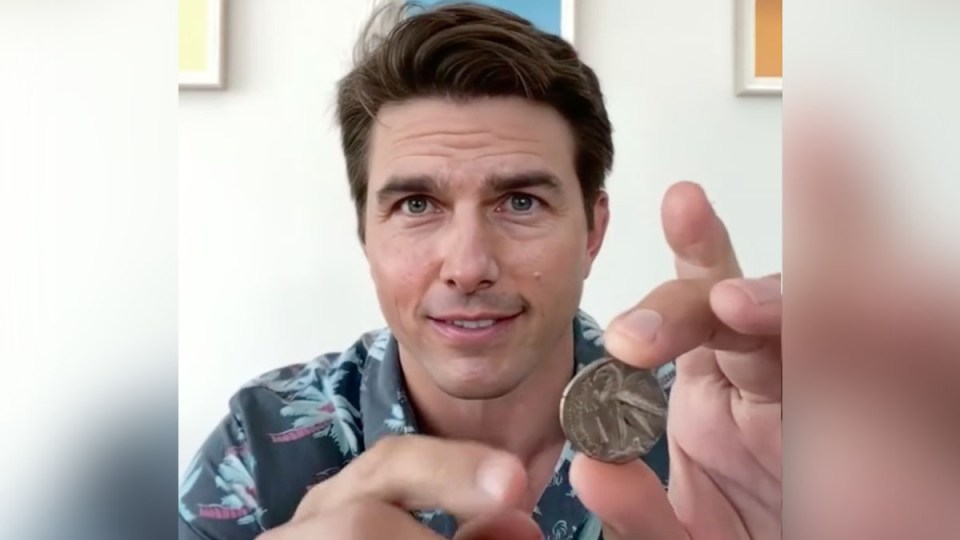 Were you fooled by the viral videos of Tom Cruise? Photo: TND/TikTok

Actor Tom Cruise has found himself embroiled in a concerning new  cyber trend, which experts warn could have serious real-life consequences.

In a series of seemingly innocuous viral videos, the Top Gun star is seen hitting a golf ball, and in another he appears to trip over himself before telling a joke about a polar bear.

The latest video, posted on Friday, shows Cruise performing a magic trick with a silver coin.

Can you spot why they’ve created a social media storm?

Believe it or not, this isn’t Tom Cruise in the videos.

They were generated using deep-fake technology.

And although it seems like a harmless prank, the footage has sparked fears about what could happen if deep-fake capabilities fell into the wrong hands.

This is a huge social problem and will destroy any remnants of consensus about the truth. You can create video evidence of anything, and you can call any video evidence a deepfake.

If cyber criminals, political activists and nefarious governments can create cheap and realistic forgeries, it’s going to become increasingly difficult for the public to tell what is real and what is fake.

In a research paper published by the Australian Strategic Policy Institute in April, authors Hannah Smith and Katherine Mansted predicted deep-fake software was “likely to continue to become cheaper and more accessible” as computing power and AI techniques improve.

Although stressing deep-fake technology was “not inherently dangerous”, they said it will “provide new tools to cyber attackers”.

“Face swapping and other visually based deep fakes are also increasingly being used to create non-consensual pornography,” they wrote.

An estimated 90 per cent of deep fakes today are pornographic, with many featuring the faces of famous women without their knowledge.

“Online propaganda is already a significant problem, especially for democracies,” the authors wrote.

“But deep fakes will lower the costs of engaging in information warfare at scale and broaden the range of actors able to engage in it.”

More recently, a new online tool has arrived that allows grieving families – or people with morbid curiosity – to animate the faces in photographs of their dead relatives.

It’s the closest thing to seeing a dead person come back to life.

Notably, the animation software doesn’t allow users to include speech – something MyHeritage said was deliberate “to prevent abuse, such as the creation of deep-fake videos of living people”.

Wow. I hae just tried it with this old b&w photo of my grandfather, colorised, enhanced and animated. Amazing and freaky ! pic.twitter.com/p0QEiw0G2v

A few weeks back I posted that I had come into possession of Private Brice Bew's "death penny", Yesterday I visited his grave in Shaw Cemetery…then today someone mentioned the photo animation app by @MyHeritage.

On its FAQ page, MyHeritage conceded some people found its Deep Nostalgia tool “creepy”, while others thought it was “magical”.

“Indeed, the results can be controversial and it’s hard to stay indifferent to this technology,” the company said.

“This feature is intended for nostalgic use, that is, to bring beloved ancestors back to life.”

And Hollywood is already one step ahead.

In 2019, two filmmakers received widespread criticism over their decision to bring actor James Dean back from the grave to star in their upcoming film Finding Jack.

Using deep-fake technology, Dean was given a starring role in their Vietnam War-era drama.

The actor, best known for playing a troubled teenager in Rebel Without a Cause, tragically died in a car accident in September 1955.