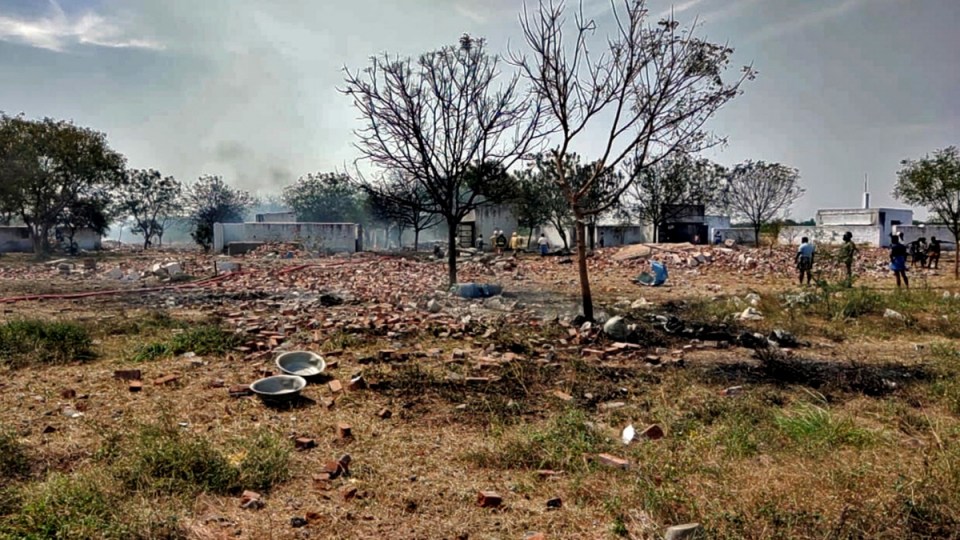 At least 16 workers have been killed in a blaze at a fireworks factory in southern India, police say.

As many as 32 other workers were injured in the accident in a village in Tamil Nadu state’s Virudhunagar district.

While most of the victims succumbed to burn injuries on the scene, others died at hospital, local police officer Raj Narayanan said by phone.

“There were a series of explosions followed by the fire which engulfed the unit. Several cracker-making sheds were completely gutted,” Narayanan said.

“The blasts continued for a long time making it difficult for fire and rescue services personnel to enter the unit,” he said, adding the firefighters were eventually successful in controlling the blaze.

The death toll could rise as several of the injured were said to be in critical condition.

Footage on domestic channels showed dense black plumes emerging from the factory as crowds of villagers gathered at the accident site.

Police said the plant was operating with the necessary licences but said they were trying to determine the cause of the accident and probe whether the unit was using permitted explosives and materials.

“Friction during mixing of chemicals appears to have caused the explosion,” an officer from the local fire department told broadcaster NDTV.

Prime Minister Narendra Modi offered condolences for the lives lost in the accident as state authorities announced compensation for the families of the victims.