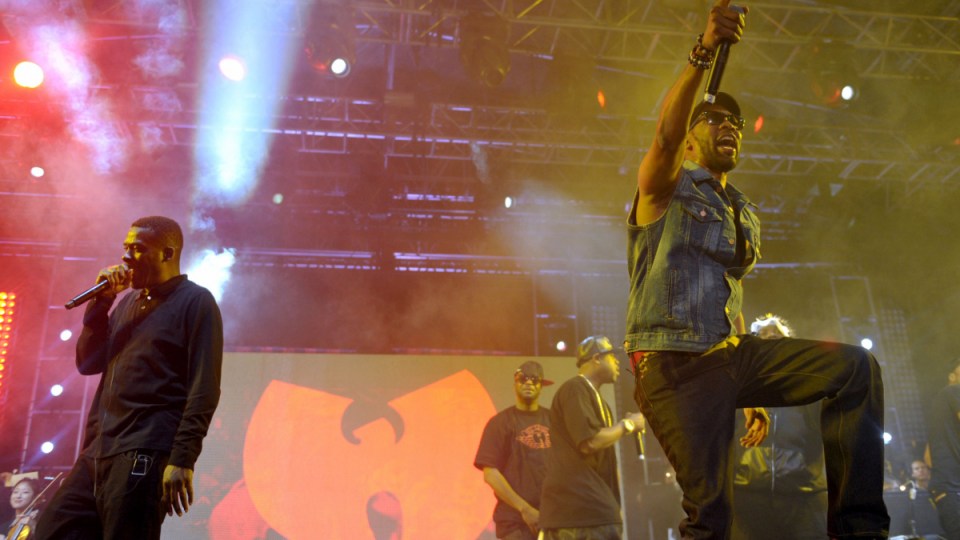 Members of the Wu-Tang Clan perform in front of their band logo in 2013. Photo: AP

A diplomatic row between China and Canada over an order of t-shirts bearing a modified logo of the hip-hop group Wu-Tang Clan continues to simmer, with Beijing rejecting Canada’s explanation that the shirts were not intended as an insult.

China has lodged a formal complaint over the t-shirts which were ordered by a Canadian Embassy staffer in Beijing.

Canada’s Foreign Ministry has insisted the shirts were not intended as a slight and apologised for any misunderstanding.

The Chinese-made t-shirts were reportedly ordered last northern summer and word of them began circulating recently on the internet in China.

Chinese critics say the “W” is actually a bat and the shirt is meant to imply a connection between the animals and the virus outbreak in the city of Wuhan, playing on a stereotype about the Chinese taste for eating exotic species.

The virus that causes COVID-19 is suspected of originating in bats and its outbreak was first detected in Wuhan.

Beijing is extremely sensitive to accusations it was the source of the pandemic and failed to respond quickly enough when cases were first reported in Wuhan.

“The wrongdoing of the Canadian staff concerned has already caused an egregious impact and triggered strong resentment and discontent among the ordinary Chinese people,” Mr Wang said.

“The Canadian side should take the matter seriously and give a clear explanation to the Chinese side as soon as possible.”

On Wednesday, Canadian Foreign Ministry spokeswoman Christelle Chartrand said in a statement that “the t-shirt logo designed by a member of the embassy shows a stylised W, and is not intended to represent a bat. It was created for the team of embassy staff working on repatriation of Canadians from Wuhan in early 2020.”

“This was a personal initiative from an employee and this was not endorsed by the embassy nor Global Affairs Canada. We regret the misunderstanding,” Ms Chartrand said in an email.

The controversy is the latest incident as relations between the countries have plunged in the past two years.

In 2018, the Chinese arrested two Canadian men under suspicion of being spies. It followed Canadian police arresting Meng Wanzhou, the chief financial officer of the tech company Huawei, under a warrant from the United States.