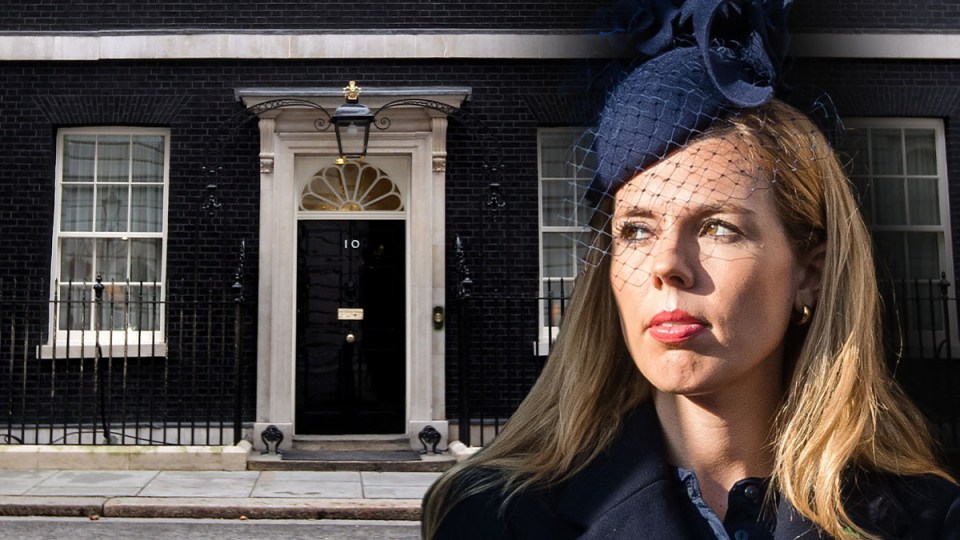 Carrie Symonds is becoming an influential figure at No 10. Photo: TND/Getty

Something is rotten at 10 Downing Street.

As the coronavirus rips across Britain, Shakespearean scenes of thwarted political ambitions and infighting have stolen the attention of the national government.

Who is this unelected insider allegedly pulling the levers of government?

On Wednesday (local time), Lee Cain left his post as the Downing Street director of communications.

Mr Cummings is expected to leave his position by the end of the year.

That same day, Mr Johnson met Mr Cummings and Mr Cain. According to The Financial Times, he confronted the pair with text messages passed on to Ms Symonds, showing they had briefed against her.

The exact details surrounding the departures of Mr Lee and Mr Cummings are unclear, but insiders are pointing the finger at Ms Symonds.

The 32-year-old fiancee of Mr Johnson, 56, lives at 10 Downing Street with their son Wilfred and works at Oceana, an ocean conservation charity.

Her rising influence over her husband and the Conservative Party has pleased some, and frustrated others.

Riddle me this: what do you call a country that allows an unelected unaccountable official – the fiancé of a Prime Minister (Carrie Symonds) – to have any say in who the Chief or Staff is at Number 10? Hint: it’s not a democracy.

“Part of the problem is that everyone comes to an agreement, then he goes upstairs to No.11 at night and it all changes,” one source told The Times.

“He talks to Carrie, he talks to her friends, and his position moves.”

A former head of media in the Conservative Party, Ms Symonds is much more than the PM’s girlfriend.

She has an intimate understanding of the party’s key players, and has previously voiced concerns about the macho culture of 10 Downing Street under Mr Cummings and Mr Cain.

Her allies say she is trying to protect the party from the pair’s efforts to gain more control over major decisions relating to Brexit and the coronavirus.

Negotiations with Brussels over a post-Brexit trade deal are reaching a climax before the December 31 expiry of Britain’s transition period with the European Union.

Mr Johnson also has to decide his next move on England’s coronavirus restrictions after ordering a four-week lockdown that is due to end on December 2.

On the other side, Ms Symonds has been painted as a demanding girlfriend nicknamed ‘Princess Nut Nut’ who reportedly calls Mr Johnson’s private office “more than 20 times a day”.

However, an ally of Ms Symonds has criticised this unflattering image.

“They want her to look like Lady Macbeth,” she told The Sunday Times.

“She is one of the very few people around the prime minister who understands the Conservative party.”

Meanwhile, as gossip and threats of further resignations distract the British government, the UK’s coronavirus cases numbers continue to skyrocket.

Mr Johnson is currently self-isolating after coming into contact with someone who tested positive to COVID-19, but is feeling well.

Today I was notified by NHS Test and Trace that I must self-isolate as I have been in contact with someone who tested positive for COVID-19.

I have no symptoms, but am following the rules and will be working from No10 as I continue to lead the government’s pandemic response.

The British government announced another 24,962 confirmed COVID-19 cases on Sunday.

More than 50,000 people have died from the coronavirus in Britain – the highest death toll in Europe.