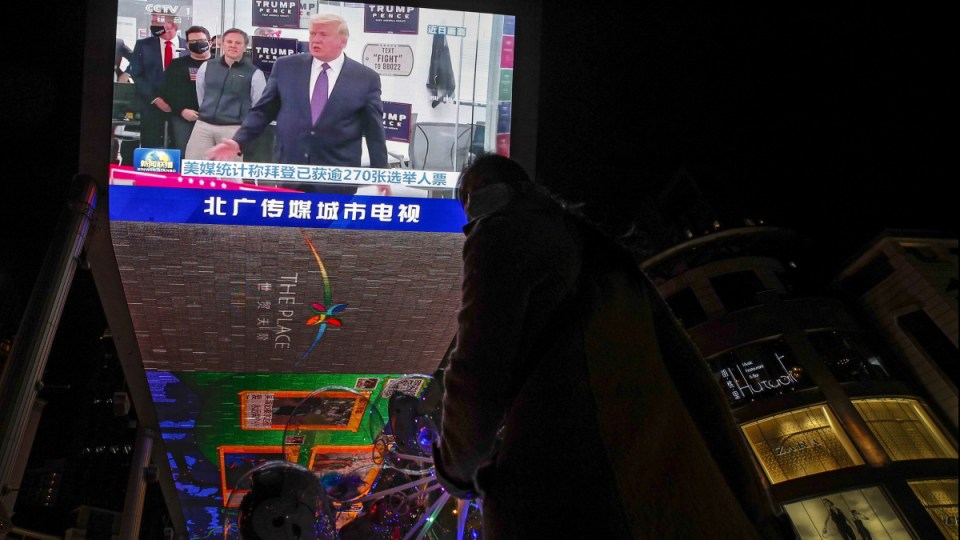 The White House alleges China is increasingly exploiting US capital to resource and enable the development and modernisation of its military. Photo: AP

US President Donald Trump has signed an executive order prohibiting American investments in Chinese firms Washington says are owned or controlled by the Chinese military.

The move is designed to deter US investment firms, pension funds and others from buying and selling shares of 31 Chinese companies recently designated by the Defense Department as backed by the Chinese military.

Starting on January 11, the order will prohibit any transaction by US investors in the securities of those companies.

It also bans Americans buying and selling securities in a Chinese company 60 days after it is designated as a Chinese military company.

“China is increasingly exploiting United States capital to resource and enable the development and modernisation of its military, intelligence and other security apparatuses,” the White House order said.

The move is Mr Trump’s first major policy initiative since losing the election to Joe Biden and indicates he is seeking to take advantage of the waning months of his administration to crack down on China, even while laser-focused on his election challenge.

Mr Biden has won enough battleground states to surpass the 270 votes needed in the state-by-state Electoral College that determines the next president.

However Mr Trump has so far refused to concede, citing unsubstantiated claims of voting fraud.

Thursday’s action is likely to further weigh on already fraught ties between the world’s top two economies, which are at loggerheads over China’s handling of the coronavirus pandemic and its move to impose security legislation on Hong Kong.

Mr Biden has not laid out a China strategy but indications are he will continue a tough approach to Beijing, with whom Mr Trump has become increasingly confrontational.

Meanwhile, the US Justice Department has appealed a Pennsylvania judge’s October 30 order blocking the government from imposing restrictions on Chinese-owned TikTok.

The Commerce Department’s August restrictions order was to take effect late on Thursday, barring transactions with ByteDance’s short video sharing app TikTok that its owner had warned would have effectively barred its use in the United States.

The Commerce Department said on November 1 it would comply with Judge Wendy Beetlestone’s order but “vigorously defend” its actions.

TikTok did not immediately comment on the government’s appeal to the US Third Circuit.

Beetlestone enjoined the agency from barring data hosting within the United States for TikTok, content delivery services and other technical transactions.