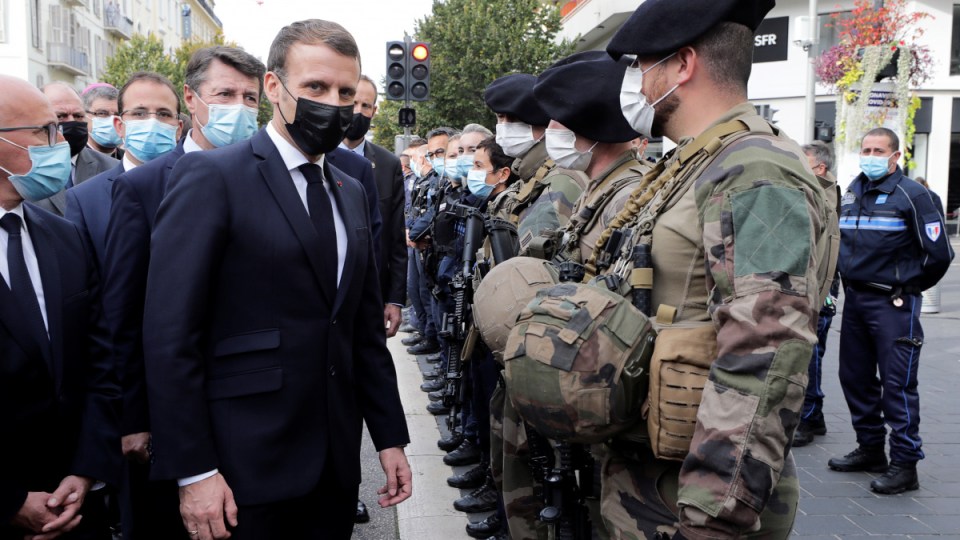 French President Emmanuel Macron has called for the creation of a “real security police” for the external frontiers of the European Union’s Schengen open-border area.

Macron, speaking during a visit to the Spanish border, also announced that police and troop numbers on France’s borders with other Schengen states would be doubled from 2400 to 4800.

The move comes days after three people were killed in a knife attack in a church in Nice.

According to French and Italian officials, the main suspect is a Tunisian citizen who arrived in Italy by sea before making his way to France shortly before the attack.

Macron said that while it was too early to be sure of the details of the Nice attack, it was clear that “terrorist attacks can be carried out by people who use migration flows to threaten (France’s) national territory.”

Macron said he would be bringing proposals about a Schengen border police and other measures to strengthen the zone before a European summit in December.

Schengen country interior ministers should be able to meet together “much more effectively and more regularly and decide the shared rules of this space,” he said.

Terrorist networks were becoming ever more globalised and that means that “Europe needs to intensify its response,” Macron said.