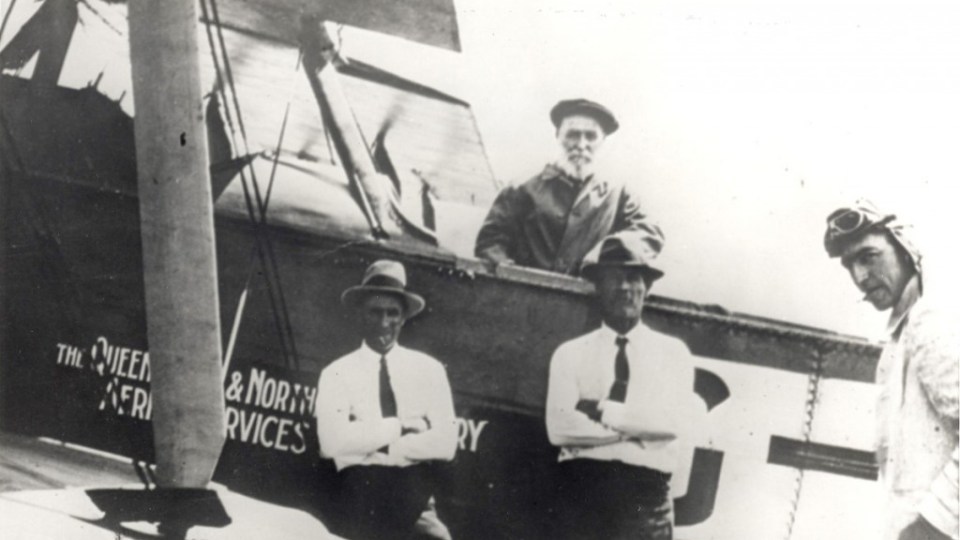 Many people feel nervous when flying, closing their eyes and clutching their seatbelt as the aeroplane takes off.

In the era of the coronavirus, there’s a new element of fear.

But long before circulation of air and social distancing were the biggest concerns for plane passengers, there was the more immediate risk the plane might not actually make the distance.

So imagine being the first passenger to test out a new airline almost a century ago.

On this day in 1922, a brave 84-year-old man, Alexander Kennedy, became the first Qantas passenger on a scheduled passenger flight.

His trip, on November 2, was from Longreach to Cloncurry in regional Queensland.

To secure his No.1 ticket, Mr Kennedy paid a sum of money and joined the Qantas’ provisional board.

At the time, Qantas looked nothing like it does today.

Nor did the mechanics of the aircraft.

There was no iconic red kangaroo plastered on the side of the planes, and the airline was better known as the Queensland and Northern Territory Aerial Services Limited.

It was small, too – barely 10 metres long with a wingspan of about 13 metres and a height of about three metres.

It was sold to Qantas two months before Mr Kennedy’s flight in 1922.

Sadly, the aircraft was damaged beyond repair a year later during a forced landing near Blackall, Queensland.

The pilot was not injured, but it was too late for the plane, which was later dismantled and burned.

Today, Qantas is recognised as Australia’s largest and safest airline.

Before the coronavirus pandemic, more than 100,000 flights had travelled around the world every day.

On This Day: Qantas’s first passenger takes flight in Queensland