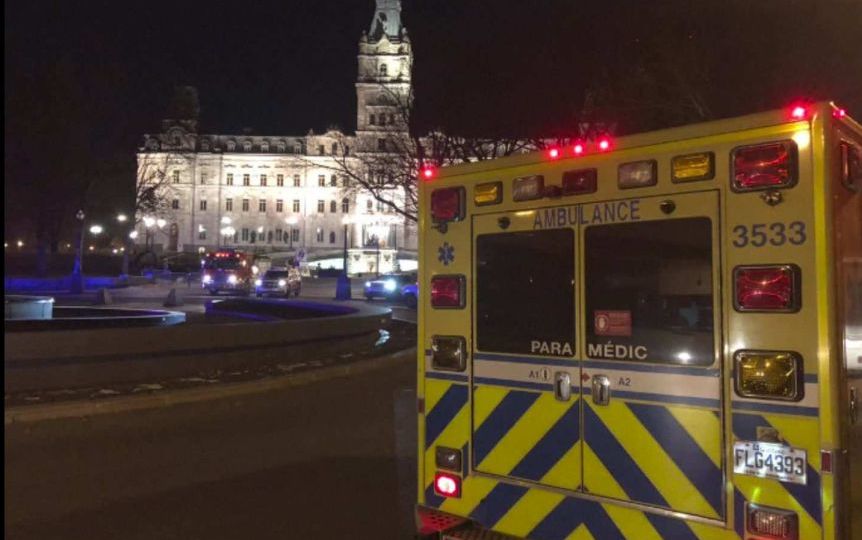 Two people have been killed and five injured by a man dressed in medieval clothes and wielding a sword in Quebec, Canada, police say.

“Dressed in medieval costume and armed with a Japanese sword, everything leads us to believe he chose his victims at random,” Mr Pigeon said.

Mr Pigeon said the suspect had come prepared to inflict as much damage as possible but did not elaborate.

He added that preliminary information indicated the man was not affiliated with any terror group but had spoken of conducting an attack “in a medical context” five years ago.

However, he was not known to police and did not have a criminal record, the police chief said.

Police told nearby residents to stay indoors and made an arrest after a three-hour manhunt.

Carlos Godoy, who lives in the area, said police K-9 units had searched his backyard as they hunted for the suspect.

“It’s a full moon, it’s October 31, it’s Halloween and it’s a lockdown weekend. No-one should be out on the streets,” Mr Godoy said.

“And I’m in an extremely quiet neighbourhood because there are no tourists nowadays.”

The five injured people are in hospital but authorities say their lives are not in danger.

Canadian Prime Minister Justin Trudeau said on Twitter: “My heart breaks for the loved ones of the two people killed in last night’s horrific attack in Quebec City.”

Quebec’s Mayor called for a discussion on mental health.

“It is once again, we believe, an isolated act,” Quebec City Mayor Regis Labeaume told reporters.

“We need to have a societal debate on the subject [of mental health] because it is becoming more and more difficult to manage.”

The incident is the latest in a number of serious attacks to take place in Canada recently.

In 2017, a Canadian man gunned down six people at a Quebec City mosque. He was later sentenced to life in prison.

Earlier this year in Nova Scotia, 1,000 kilometres from Quebec, a man dressed as a member of the Royal Canadian Mounted Police killed 16 people in the deadliest mass killing the nation has seen.