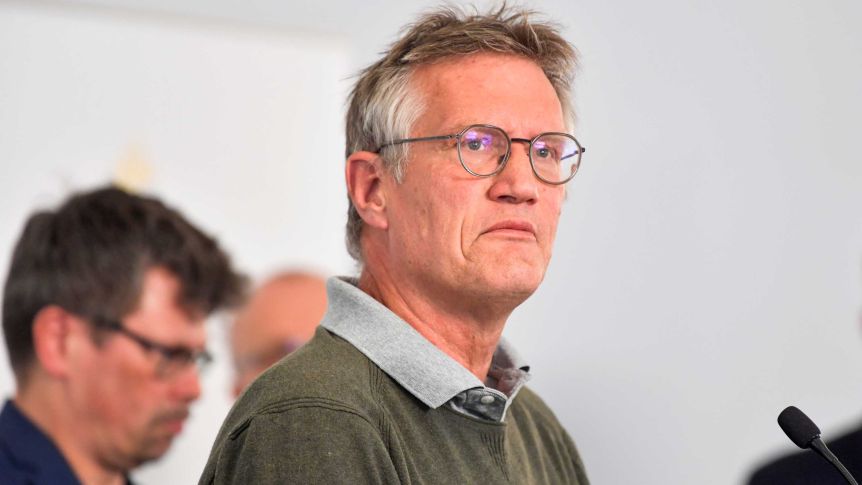 Anders Tegnell says Sweden is "beginning to approach the ceiling for what the healthcare system can handle". Photo: Reuters

Sweden’s chief epidemiologist Anders Tegnell has warned against the strategy of attaining herd immunity in apparent change of heart.

In March, Dr Tegnell appeared to ask whether a higher death rate among older people might be acceptable if it led to faster herd immunity.

However in comments to German newspaper Die Zeit, Dr Tegnell stated “striving for herd immunity is neither ethical nor otherwise justifiable”.

Sweden’s daily coronavirus infections have climbed to a new high while several regions advised residents to avoid public transport and venues to slow the transmission.

The Swedish Public Health Agency said that 3254 cases were confirmed in the past 24 hours, a new record since the onset of the pandemic.

It was the third record number in a matter of days and came as the country of 10.3 million has registered roughly 121,100 infections and 5934 coronavirus-related deaths in total.

Sweden has until recently had “a fairly slow increase (of infections) compared to most other countries,” Dr Tegnell said at a press conference.

“We’re beginning to approach the ceiling for what the healthcare system can handle.

“Together, as during the spring, we can push down this curve and avoid the strain on healthcare.”

Dr Tegnell said the Swedish system of “voluntary measures” had worked well and many people heeded the recommendations.

The number of COVID-19 patients in intensive care units (ICU) was still relatively low – about 15 per cent of the current ICU capacity, said Thomas Linden with the National Board of Health and Welfare.

Sweden has shunned lockdowns throughout the pandemic.

However, several regions – including the most populous areas comprising the main cities of Stockholm and Gothenburg in western Sweden – advised residents to refrain from visits to shopping centres, museums, libraries, swimming pools and fitness centres until November 18.

Other advice was for people to avoid meeting with others outside their own household and to work from home where possible, Dr Tegnell said.

During the pandemic, Sweden has kept schools and kindergartens open but limited public gatherings to 50 participants, visits in care homes were until recently banned and self service in restaurants and bars suspended.