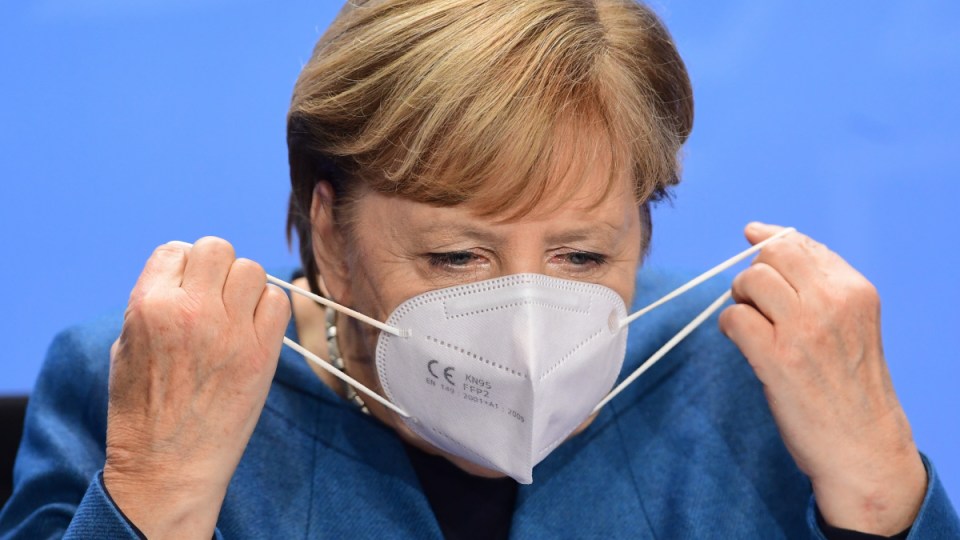 Germany is to go into lockdown starting on Wednesday and through to January 10. Photo: AAP

French President Emmanuel Macron and German Chancellor Angela Merkel have ordered their countries back into lockdown as China reported its highest daily infection rate in more than two months.

“The virus is circulating at a speed that not even the most pessimistic forecasts had anticipated,” Macron said in a televised address on Wednesday.

“Like all our neighbours, we are submerged by the sudden acceleration of the virus.”

“We are all in the same position: overrun by a second wave which we know will be harder, more deadly than the first.”

Under the new French measures which come into force on Friday, people will be required to stay in their homes except to buy essential goods, seek medical attention, or exercise for up to one hour a day.

They will be permitted to go to work if their employer deems it impossible for them to do the job from home.

Germany will shut bars, restaurants and theatres from November 2-30 under measures agreed between Merkel and heads of regional governments.

Schools will stay open and shops will be allowed to operate with strict limits on access.

“Our health system can still cope with this challenge today, but at this speed of infections it will reach the limits of its capacity within weeks.”

While leaders have been desperate to avoid the crippling cost of lockdowns, the new measures reflect mounting alarm at the galloping pace of the pandemic from Spain, France and Germany to Russia, Poland and Bulgaria.

“If we wait until the intensive care units are full, it will be too late,” said German Health Minister Jens Spahn, whose country has already taken in patients from its neighbour the Netherlands, where hospitals have reached their limits.

Russia’s Deputy Prime Minister Tatiana Golikova said on Wednesday that hospital beds were at 90 per cent of capacity in 16 regions of the country while officials have warned that even well-equipped health systems like those in France and Switzerland could reach breaking point within days.

Hopes that new treatments might curb the spread were dented when the head of Britain’s vaccine procurement task force said that a fully effective vaccine may never be developed and that early versions were likely to be imperfect.

The latest figures from the World Health Organisation on Tuesday showed Europe reported 1.3 million new cases in the past seven days, nearly half the 2.9 million reported worldwide, with about 11,700 deaths, a 37 per cent jump over the previous week.

The United States, which posted more than 500,000 cases over the past week, has registered record daily infections and, while many countries in Asia have largely brought the disease under control, China reported 42 new cases on Tuesday, its highest daily toll in more than two months.

So far, more than 42 million cases and more than 1.1 million deaths have been recorded worldwide from the virus, which was first identified in the Chinese city of Wuhan at the end of last year.