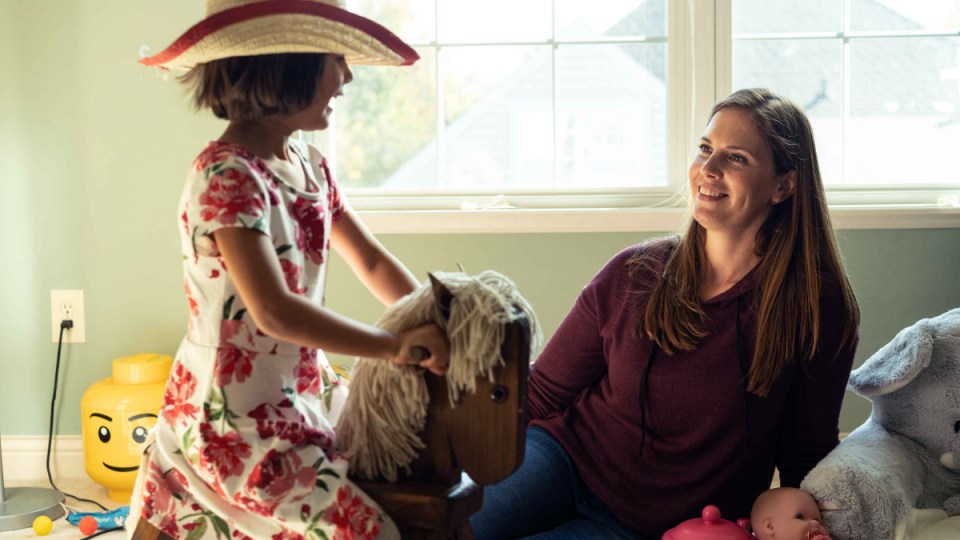 A few weeks ago, the 29-year-old real estate agent wrote personalised messages to voters in her home state of Ohio on behalf of Joe Biden.

She also texts with undecided friends during the debates, arguing for the Democratic nominee. And she is helping to organise voter drives in her suburban Cleveland neighbourhood.

But a political activist? No way.

“It’s just not something that I ever would have described myself as, if you talked to me a year ago,” said Ms Rabinovitch.

“I’m just a mom with the feels, like hard feels.”

Four years ago, Ms Rabinovitch agonised over which candidate to support.

In the final minutes of voting, she walked into the booth still uncertain.

She left having cast her ballot for Donald Trump.

“I thought, ‘Oh, what’s the worst that could happen?’” she recalled recently. “I do feel guilty.”

For much of the country, polarised views about the president and his chaotic upending of American politics haven’t budged since 2016, when he squeezed out a narrow Electoral College victory while losing the popular vote.

Yet, there is a demographic group that has changed its mind: White women in the suburbs.

In 2016, the suburbs powered Mr Trump’s victory, with exit polls showing that he won those areas by four points.

Now, polling in swing states shows the president losing those voters by historic margins, fuelled by a record-breaking gender gap.

Mr Biden leads by 23 points among suburban women in battleground states, according to recent polling by The New York Times and Siena College.

Among men, the race is tied.

Mr Trump’s suburban deficit has emerged as a significant problem for his reelection bid, one that’s left the president begging with women to come home.

“Suburban women, will you please like me?” the president said at a rally in Johnstown, Pennsylvania, this week. “Please. Please.”

For Ms Rabinovitch, no amount of pleading will undo the damage of the past four years.

On a chilly October evening in a suburban Columbus backyard, she gathered with three other women, all mothers of young children, to discuss their political evolutions.

Not all of them voted for Mr Trump, but all carry regret about 2016.

For them, the president’s words and actions have forced an intimate re-examination of their deep-rooted, more conservative political identities — taught in church and school and inherited from their families — and some things that are even more personal: Their sense of morality and the values they hope to impart to their children.

Perhaps most worrisome for the president and his party is that the shift could go beyond Trump on the ballot this year, and outlast him.

Armed with tumblers of wine, the women described how Mr Trump had turned them off from a Republican Party they once supported, one that they now see as intertwined with the president’s divisive rhetoric.

“I cannot imagine a Republican candidate that I would rally behind,” said Hannah Dasgupta, who is a stay-at-home mother of two school-age children and grew up in a conservative home.

“Wow, that’s mind-blowing to think about. That’s a huge departure.”

Ms Dasgupta, 37, said she had never liked Mr Trump but had been unable to support Hillary Clinton in 2016.

She connects her support of Biden to her role as a mother, saying that she spends time teaching her children basic skills like sharing and speaking respectfully — traits she believes the president lacks.

She believes that for Democrats to keep the support of women like Ms Dasgupta, they must recognise the intimate nature of their politics.

Paris’ philosophy of political organising is a mix of David Plouffe, the famed Democratic data guru, and Brené Brown, the research professor who has become a viral self-help star.

They have some reason for optimism: Four years ago, Trump won Ohio by 8 percentage points. Now, polling shows a tied race.

Still, Ohio may remain out of reach for Democrats this year.

The 2018 strategy was far less successful there than elsewhere in the Midwest, and the popular incumbent Senator Sherrod Brown was the only Democrat to win statewide.

I’ve heard people say, ‘How can you vote for Trump when you’re a woman and the things he says about women?’” said Rachel Antonelli, 35, a banker in Delaware, Ohio, who is pregnant with her second child and plans to vote for Trump.

Personally, what I care about is that he gets things done for the country.”

The women in Columbus, who are all white, described the killing of George Floyd as a seminal event in their political awakenings, one that drew attention to issues of racism and police violence beyond their personal purview.

I’m not going to lie and say, like, in February, I was worried about racism in America,” said Ms Rabinovitch, who has a four-year-old son.

The video of Floyd’s killing, she said, forced her to acknowledge structural problems in American society.

I have to think of everybody,” she said.

“So if I’m voting against Donald Trump, that’s not a vote for me or a vote for my son. That’s a vote for everyone. Everyone’s sons.”

This article first appeared in The New York Times.

‘Please like me,’ Trump begged. For many women, it’s way too late