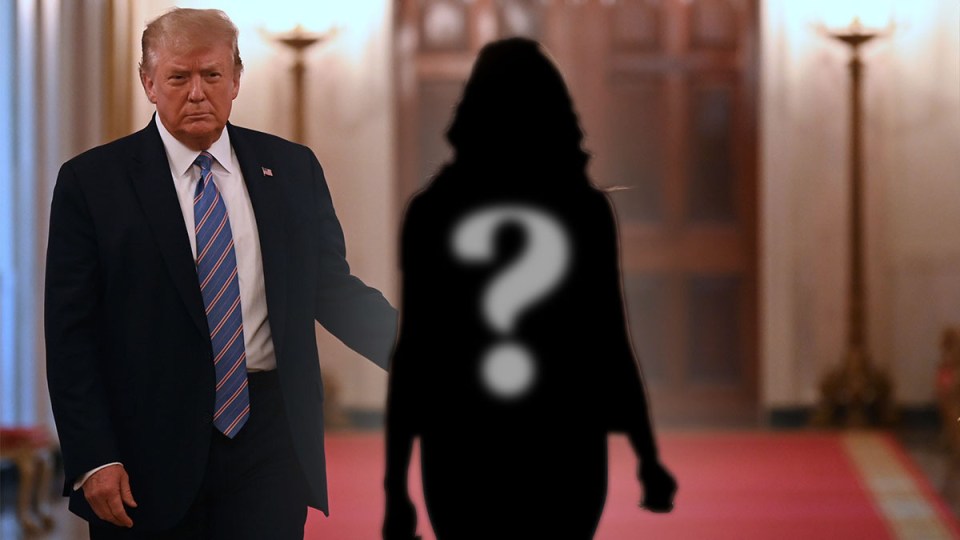 Melania Trump has not been seen in public since September 29. Photo: TND

Where in the world is Melania Trump?

While US President Donald Trump returned to the campaign trail by bombastically declaring he’s immune after recovering from the coronavirus, the first lady has yet to be seen since her diagnosis.

Mr Trump revealed the couple’s positive tests the same day, but it is not known when they contracted the virus.

Despite being active on Twitter in the past week, tweeting about Columbus Day, Mental Health Day and Substance Use Prevention Month, there had been no update to Ms Trump’s condition since October 5 – until Thursday.

In a statement, she revealed her 14-year-old son Barron tested positive for the virus but had since returned a negative result.

The White House initially said Barron had tested negative after both his parents tested positive earlier in October.

However, Ms Trump said on Thursday subsequent test results showed Barron had also come down with COVID-19 but showed no symptoms.

As the race for the White House heats up before the November 3 poll, there are questions as to what role she will play before the election.

The first lady was last seen publicly on September 29 as she accompanied Mr Trump to Cleveland, Ohio, for the first televised debate with Democratic presidential candidate Joe Biden.

Trish Scalia, the wife of Labor Department secretary Eugene Scalia, is the latest to test positive to the coronavirus after attending the September event. She is the 12th known person to be infected.

The Scalias sat in the second row, directly behind Ms Trump and next to former White House counselor Kellyanne Conway – both of whom later tested positive for COVID-19.

Meanwhile, Ms Trump’s last health update came through a tweet on October 5. Inquiries to her office have come up empty.

It comes after a damaging week as political fallout continues from an unflattering tell-all book by former aide Stephanie Wolkoff.

On Wednesday, the US Justice Department sued Ms Wolkoff over Melania and Me: The Rise and Fall of My Friendship with the First Lady by claiming she broke a nondisclosure agreement when she failed to submit a review draft ahead of publication to the government.

The author will fight the lawsuit and claimed she had fulfilled all the terms of her agreement with Ms Trump and the confidentiality provisions ended “when the White House terminated the agreement”.

But US political experts are openly querying whether the White House has kept the first lady out of the spotlight to take the heat of the story.

“By keeping her behind closed doors, it makes it sort of a non-story at this point,” Professor Cohen said.

The book developments came on the same day the US government-sponsored clinical trial of a COVID-19 antibody treatment similar to one that Mr Trump received was paused due to safety concerns.

The President restarted his campaign on Monday and was back on the trail with a rally in Johnstown, Pennsylvania, where he urged supporters to get out and cast their ballot in the upcoming election.

It is the second stop after an initial rally in Florida and continues a blistering week for the President with daily campaign rallies. He will visit Iowa before North Carolina, Georgia and then Florida again.

The AP reports former White House press secretary Sean Spicer said Ms Trump might want to be a “little bit more selective” about how she reengages after recovery.

He said the first lady was known to be intensely private and someone who operated on her own timetable.

“She just may be taking a different approach to this as well,” Mr Spicer said.

But with the US election just 20 days away, Mr Trump has been leaning heavily on his family to spread his re-election message.

Ivanka, Donald Jr and Eric have led the Trump family in an aggressive week of campaigning, sometimes travelling to three states in one day.

Experts told The New Daily that there are questions about their coronavirus safety protocols.

“It’s pretty clear whatever changes Trump and his family will make, are minor at most,” University of Melbourne’s US political analyst Professor George Rennie said.

“It may make him even more reckless, and if Trump is reckless, he’ll want his family to be reckless because he sees them as an extension of himself.”

Ivanka and Don Jr are set to campaign in Georgia this week, a long-held Republican state that experts say could be vulnerable.

‘I am not afraid’: The modern unknown soldier risks it all in Ukraine
Greens sign up for Labor’s looming jobs-and-skills summit as Liberals stick with boycott
Joe Biden’s $430b green victory for the environment
China cementing its Thailand ties with joint military exercises
NRL: Titans frantic to end 10-game losing streak as Manly showdown looms
AFL: Western Bulldogs cling to finals hopes after GWS thriller
‘Counting the days until our death’: Lebanon residents risk death to escape crisis
Today's Stories