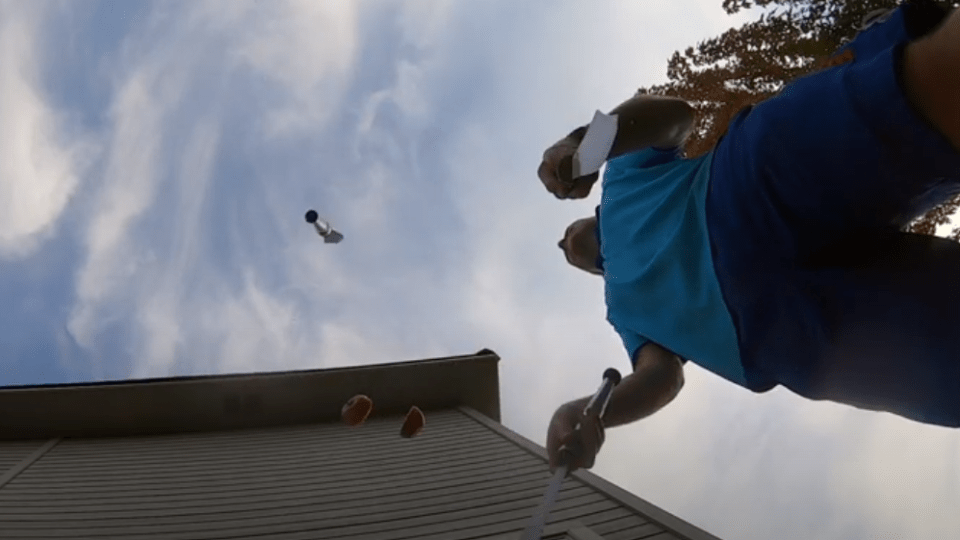 In fact, the American has broken more than 150 records to help promote STEM (science, technology, engineering and mathematics) education.

But this week, he may have broken his weirdest one yet.

The man from Idaho sliced through 40 apples while juggling three knives during a filmed stunt in his backyard.

Fortunately his neighbour Jonathan Hannon was on hand to help.

It may sound like a one-off record but there have been some pretty stiff competition in the “slicing apples while juggling knives” subcategory.

The record was previously set at 36 by Josh and Cassie Horton on the set of TV show Live With Kelly and Ryan in 2018.

Rush, who has been juggling since 2004, said it took one and a half years of “casual training” and several weeks of “serious preparation” to get to the point where he could attempt the record.

Hannon threw 41 crab apples in the one-minute time period, and Rush sliced through all but one, setting the record at 40.