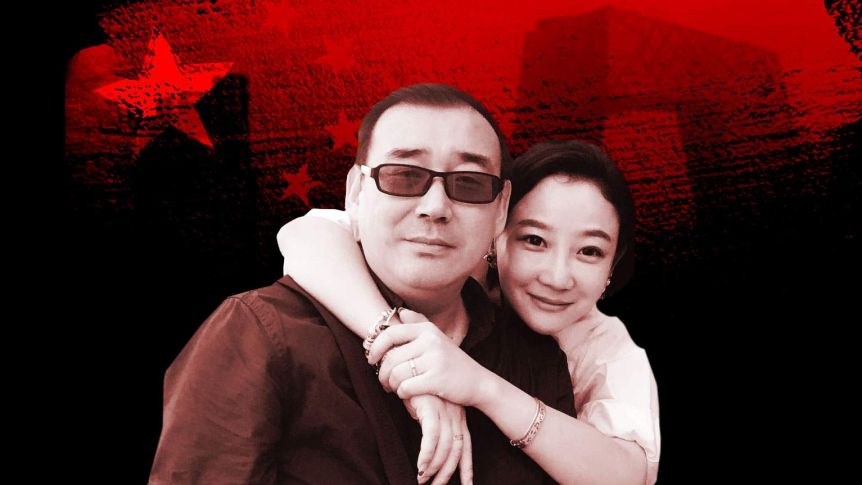 An Australian writer and democracy activist detained in Beijing for almost two years has been formally charged with espionage by Chinese prosecutors, paving the way for him to face trial.

He is a former employee of China’s Ministry of Foreign Affairs who later gained Australian citizenship and became a prominent writer and outspoken political commentator.

In March 2020, officers from the Chinese government’s state security bureau began the process of charging Dr Yang over an ill-defined espionage allegation, but did not provide any information about what they accused him of doing.

On Friday his lawyer, Shang Baojun, told the ABC Dr Yang had been “officially charged on October 7” with “espionage”.

When the ABC sought further details from Mr Shang he said he was “strictly prohibited from being interviewed by the foreign media”.

Mr Shang has spoken with foreign media organisations in the past and did not specify who has now prohibited him from giving interviews.

Dr Yang’s wife, Yuan Xiaoliang, told the ABC she felt “helpless” after hearing her husband had been charged.

“No-one could help him now, the Australian government can’t help him either, we have to follow China’s law,” Ms Yuan said.

“He was officially indicted to the court and in accordance with the advice on indictment, the authority listed five crimes, however, due to confidentiality agreement, the lawyer can’t reveal any details.”

Ms Yuan said her husband had three points that he expressed to her, the Australian Embassy in Beijing, and lawyers.

“First, he denies everything,” she said.

“Second, he believes it is a political persecution, and third, he said that during the six-month-long residence under surveillance, he suffered from mental maltreatment.”

Ms Yuan said she asked her husband’s lawyer when the trial would be but he did not know.

Speaking on Saturday, Prime Minister Scott Morrison was reluctant to make “extensive commentary” on Dr Yang’s case, but argued Australian diplomats were working hard behind the scenes to help him.

“We’re obviously keen and have been stressing, in all our diplomatic engagements around this issue, that there should be transparency, there should be a fair and just process,” Mr Morrison said.

“These are the things that we stand for as Australians, and there is no reason why we shouldn’t expect the same for any Australian wherever they are in the world and including in the [People’s Republic of China].

“The system there is very different to the system here in Australia, and that can cause some anxiety.”

Dr Yang was only granted access to a lawyer a month ago for the first time since his arrest.

In a message conveyed to his family and supporters at the time, Dr Yang declared “I am innocent and will fight to the end”, promising to “do my best”, and to “never confess to something I haven’t done”.

“They can abuse me, I have had no access to legal representation — this is political persecution”, the jailed writer said in comments relayed to the ABC from his prison cell.

Also last month, Australian officials made a consular visit to Dr Yang at a detention facility, which was conducted by video link due to COVID-19 access restrictions.

The Department of Foreign Affairs and Trade (DFAT) did not comment further, but the ABC understands the Australian prisoner repeatedly stated he had made no confessions to Chinese authorities while behind bars.

On Saturday, a DFAT spokesperson said Australia had been informed Chinese authorities would prosecute Dr Yang on charges yet to be announced.

“The Australian government has had recent consular access to Dr Yang in detention, in line with our bilateral consular agreement,” the spokesperson said.

“We will continue to provide consular support to him and his family, and to advocate for his interests.”

In December 2019, Foreign Minister Marise Payne said she was “very concerned by reports from a recent consular visit” to Dr Yang.

“His circumstances of detention include increased isolation from the outside world, with restrictions on his communications with family and friends, and the resumption of daily interrogation, including while shackled. This is unacceptable,” she said at the time.

“We have made repeated requests to the Chinese authorities for an explanation of the charges against Dr Yang.

“We have also made repeated requests for him to be afforded basic standards of justice, procedural fairness and humane treatment, in line with international norms.”