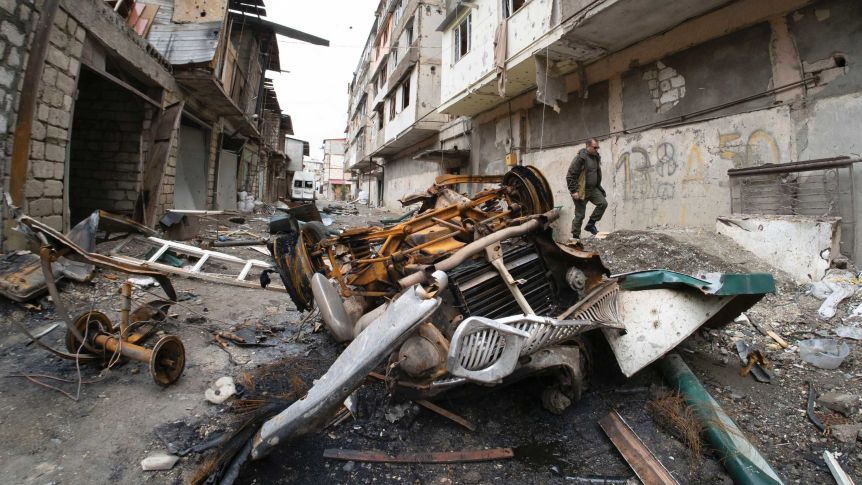 A ceasefire has been called between Armenia and Azerbaijan after weeks of fighting. Photo: AP

Armenia and Azerbaijan have agreed to a ceasefire in Nagorno-Karbakh.

Senior diplomats from the two countries said in a statement that the truce, starting at noon Saturday, is intended to exchange prisoners and recover the dead, adding that specific details will be agreed on later.

The talks were the first between the two countries since fighting began on September 27.

The announcement follows 10 hours of talks between the diplomats in Moscow, which were sponsored by Russian Foreign Minister Sergey Lavrov.

Mr Lavrov said the ceasefire should pave way for talks on settling the conflict.

The latest outburst of fighting between Azerbaijani and Armenian forces began on September 27 and left hundreds of people dead in the biggest escalation of the decades-old conflict over Nagorno-Karabakh.

The region lies in Azerbaijan but has been under control of ethnic Armenian forces backed by Armenia since the end of a separatist war in 1994.

The talks between the foreign ministers of Armenia and Azerbaijan were held on invitation from Russian President Vladimir Putin.

Armenia and Azerbaijan agree on ceasefire