In Alaska’s annual battle of heavyweights, a salmon-chomping bruin named 747 – like the jetliner – has emerged as the most fabulously fat.

The bear, one of more than 2200 brown bears roaming Alaska’s Katmai National Park and Preserve, was victorious on Tuesday after a week of frenzied online voting in what has become an international sensation: Fat Bear Week.

Winner 747 was a worthy champion, the park said in a statement.

“This year he really packed on the pounds, looking like he was fat enough to hibernate in July and yet continuing to eat until his belly seemed to drag along the ground by late September,” the park said.

Fat Bear Week pits 12 bears against each other in playoff-style brackets.

Bear fans compared photos and voted online for their favourites from last Wednesday to Tuesday night.

Katmai’s bears can grow to well over 1000 pounds (453 kilograms) from summer feasting. They can also lose a third of their body weight during hibernation.

That makes Fat Bear Week about “survival of the fattest,” as the Park Service puts it.

Katmai, a 1.6 million hectare park sprawling over mountains, lakes, streams and coastline, is famous for having the world’s densest population of brown bears, the coastal version of grizzlies.

Within Katmai, the Brooks River is a prime place for brown bears to feast.

There, bears congregate in summer and autumn to snatch salmon swimming upstream to spawning grounds, with much of the action captured by a webcam operated by explore.org, one of the Fat Bear Week partners. 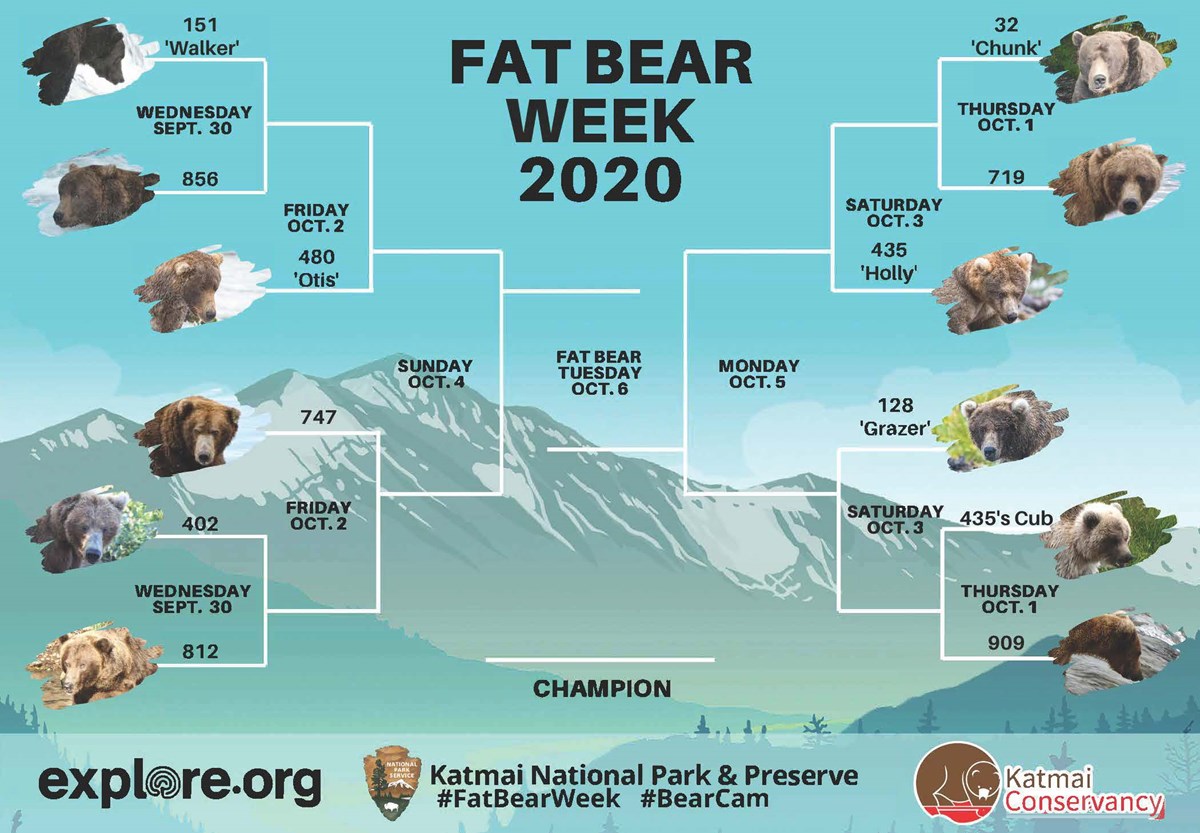 This year, the river was more of a bear paradise than usual, thanks to a record salmon run, said Naomi Doak, a media ranger at Katmai.

What was scarce along the Brooks River was people. Peak summer normally sees about 500 visitors a day but with the coronavirus pandemic, that was down to between 50 and 100, she said.

“The combination of the big salmon run and fewer people, this has really handed the river to the bears,” she said.

The Ferguson Report: Demanding free dumb, as soon as we get over this strange cough

How Science Matters Ep 6: Motherhood in a time of pandemic

Fat Bear Week: Wide-bodied 747 crowned as the most fabulously fat

Intl students could return to NSW by 2022

Protest against Qld reopening too soon

Mask rules ease for Queenslanders in some settings

‘Do not walk away’: Treasurer’s pitch to protect mining industry on road to net zero

Four-year-old dies after being hit by car

Here are our top picks for videos of the week

Zoe Daniel: Protesters failed to capture hearts and minds, but to dismiss them hastily is unwise

Australia’s catastrophic Black Summer bushfires are the inspiration for FIRES

The Ferguson Report: Demanding free dumb, as soon as we get over this strange cough

Is the best COVID-19 vaccine the one you get at the chemist? Maybe

Flight Centre shares soar as travel comes back on the agenda

Australia has a huge stockpile of AstraZeneca doses to donate overseas

How Science Matters Ep 6: Motherhood in a time of pandemic