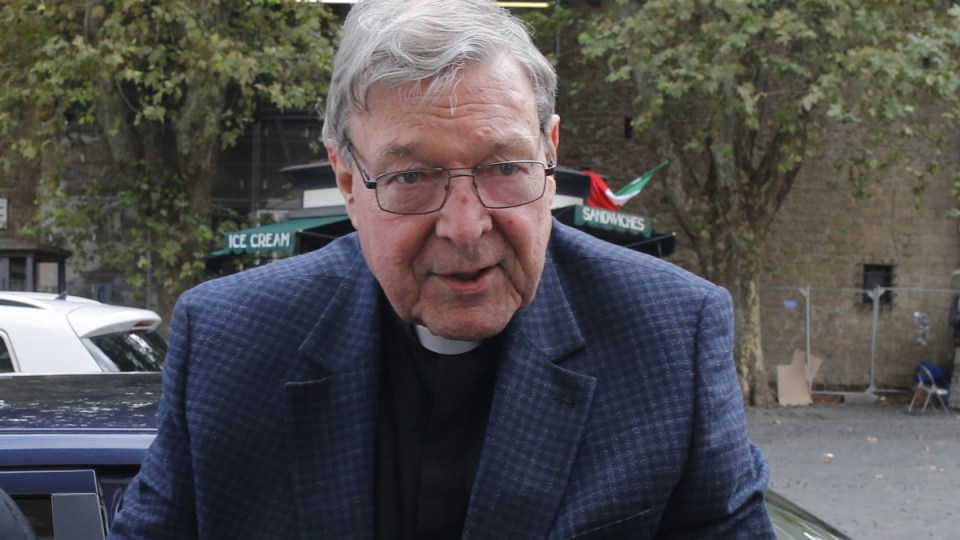 Cardinal George Pell was released from prison after being cleared of pedophilia charges. Photo: AAP

An Australian man who accused Cardinal George Pell of sexually abusing him has denied he was bribed for his testimony, rejecting the latest conspiracy theory to roil the Vatican amid a corruption investigation into its finances.

Italian newspaper Corriere della Sera has speculated in recent days that Vatican investigators were looking into whether Cardinal Pell’s nemesis at the Vatican, ousted Cardinal Angelo Becciu, allegedly wired 700,000 euros ($1.1 million) in Vatican money to a bank account in Australia and whether that money was tied to Cardinal Pell’s sex abuse trial.

Cardinal Pell, brought in by Pope Francis to bring accountability and transparency to the Vatican’s opaque finances, was convicted but ultimately absolved by Australia’s High Court of allegations he molested two choirboys in St Patrick’s Cathedral in Melbourne while he was archbishop in the 1990s.

Corriere speculated that Cardinal Becciu might have allegedly “bought” the testimony of Pell’s accuser to get Pell out of the Vatican.

Cardinals Becciu and Pell were known to have clashed over the Australian’s financial clean-up efforts at the Holy See.

The Corriere report had no sourcing, attribution or details and the report appeared more an effort to discredit Cardinal Becciu and distract attention from the shortcomings of the Vatican prosecutors’ primary investigation into a London real estate venture.

“In relation to what has been published by some organs of information, I categorically deny any interference in the trial of Cardinal Pell,” Cardinal Becciu said in a statement released by his lawyer Fabio Viglione.

Vivian Waller, a lawyer for the prosecution’s key witness whose testimony led a jury to initially convict Cardinal Pell in 2018, said on Monday her client hadn’t been bribed.

“My client denies any knowledge or receipt of any payments,” Ms Waller said in a statement.

“He won’t be commenting further in response to these allegations.”

Cardinal Pell was forced to take a leave of absence from his job as Pope Francis’ economy minister in 2017 to return to Australia to face the charges and ultimately stand trial.

After Australia’s High Court absolved him in April, Cardinal Pell returned to Rome last week to clean out his Vatican apartment but has said he intends to make his home in Sydney.