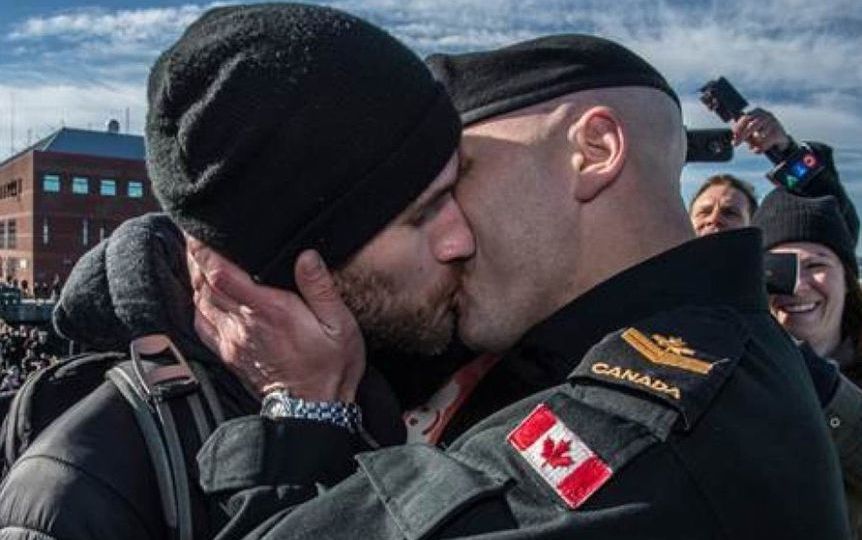 Twitter users are flooding the #ProudBoys hashtag on social media with images of LGBTQI+ pride, displacing posts made by neo-Nazis and white supremacists using the tag.

Here’s how it unfolded online.

Who are Proud Boys?

Proud Boys, a far-right group founded in 2016, calls itself a “white chauvinist” organisation but is considered a hate group by the Southern Poverty Law Centre.

In November 2018, founder of the Proud Boys group Gavin McInnes had his visa application blocked by the Home Affairs Department, failing the character test to enter Australia.

A petition of 81,000 signatures was delivered to federal Parliament calling on the government to block Mr McInnes from entering the country.

Why was #ProudBoys gaining traction on social media in the first place?

Proud Boys was in the news after US President Donald Trump declined to condemn them during Tuesday’s presidential debate, instead telling them to “stand back and stand by,” which many group members took as an endorsement.

Then, on October 1, American actor and author George Takei posted on Twitter asking “what if gay guys took pictures of themselves making out with each other or doing very gay things, then tagged themselves with #ProudBoys.

“I bet it would mess them up real bad.”

On Sunday, the #ProudBoys hashtag began trending in North America as LGBTQI+ users included it on photos of their significant others or wedding days and other pride imagery.

“Look at these cute lil #ProudBoys,” Bobby Berk, a host of the popular Netflix show Queer Eye, wrote on Sunday, alongside a photo with his husband.

“Retweet and make this hashtag about love, not hate.”

The official Twitter account of the Canadian Armed Forces in the United States shared an image of a serviceman kissing his partner, captioned with emojis of the Canada flag and rainbow pride flag and the hashtag #ProudBoys.

Many social media users have suggested they’re reclaiming the Proud Boys name, not just hijacking it.

Some users are also labelling themselves Proud Boys in protest against the far-right group.