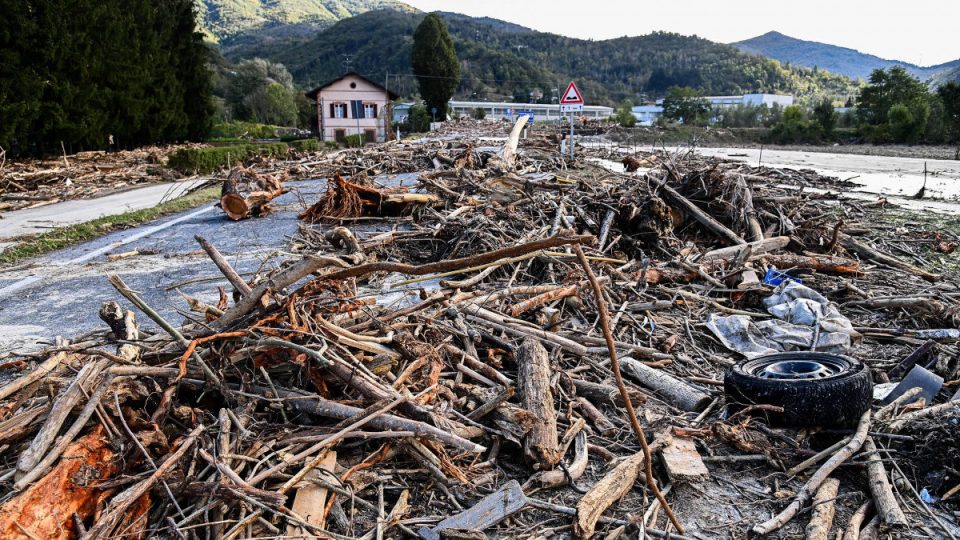 Five more bodies have been discovered after torrential rains smashed homes and led to landslides across Italy and France.

Four of the bodies washed up on the shore in Italy close to the border with France, officials say, amid speculation some may have been swept down the coast from France.

The discoveries came during the clean-up from a storm, dubbed Alex, which brought four months of rain in one day to some areas.

The flooding had become so severe that houses were buried in mud, bridges collapsed and a three-storey home was washed away.

Saint-Martin-Vesubie, a town home to 1400 people north of tourist city Nice, was cut off by the storm.

Villager Sandra Dzidt, 62, told AFPTV how she had to flee the floods dressed only in her nightgown after her house was knocked off its foundations.

“My three-storey house, it’s in the river,” Ms Dzidt said.

“All I have left is a tiny piece of wall and a door.”

Italian and French authorities are bracing for the death toll to rise, with fears remaining for people still missing after the wild weather.

Bernard Gonzalez, prefect of the Alpes-Maritimes region, told families not to give up hope the missing people would be found.

“Just because their loved ones haven’t been able to get in touch doesn’t mean that they have been taken by the storm,” Mr Gonzalez said.

AFP news agency reported on Monday morning (Australian time) rescue efforts were concentrated on the Roya valley where about 1000 firefighters, backed by helicopters and the army, continued searching for survivors.

Dozens of people were still missing in Italy and France, including two firemen whose vehicle was carried away by a swollen river and six German who did not return from a trek in the Italian mountains.

The confirmed victims included a fireman who was killed by a falling tree in the Valle d’Aosta region, while three people travelling in a van were swept away by flood waters in Val Roya.

Police said on Monday (Australian time) that four bodies were found on a stretch of coast between the border town of Ventimiglia and Santo Stefano al Mare.

The fifth body was discovered slightly inland near to a river.

The bad weather caused millions of euros of damage, with several road bridges swept away in Italy, and streets in some towns littered with debris, mud and overturned cars.

Officials in the Piedmont region reported a record 630mm of rain in just 24 hours in Sambughetto, near to Switzerland – more than half its annual average rainfall.

In Limone Piemonte, close to France, a three-storey house was swept off its foundations and into a river.

In the nearby village of Tanaro, floodwaters destroyed the local cemetery, sweeping away dozens of coffins.

Fears victims were swept from France to Italy during storms