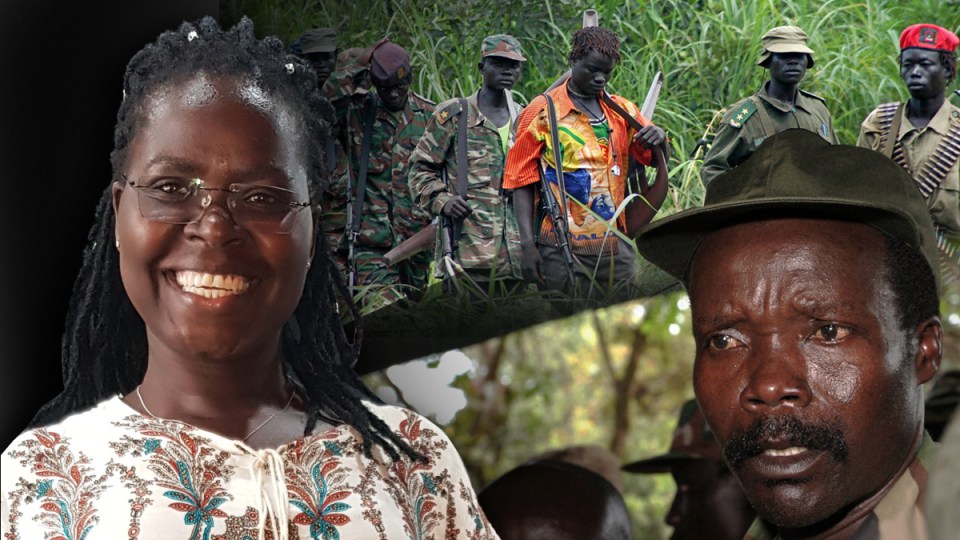 Grace Arach reveals what it was like to be a child bride – and why she is more scared for girls during the pandemic. Photo: Grace Arach/TND
opinion

This is not the first time I’ve lived through a lockdown.

For most of my teenage years I was held in captivity, with no one to turn to but my abusers.

I was just a child when I became one of thousands of females kidnapped by the Lord’s Resistance Army, a rebel group in Uganda run by Joseph Kony.

I call this time the Dark Age.

It’s over for me now, and I am safe in New South Wales. But I fear that for many others it is just beginning – and I am more scared than ever because of the coronavirus pandemic.

My living nightmare began far away from my now-home in Sydney. We were on a simple trip to my grandmother’s house when our car was ambushed by men with guns and a rocket-propelled grenade.

I was snatched – just a year after my father was killed by the LRA – and forced to marry Kony’s second in command.

He was a strongman called Otti Lagony, aged 35.

I’ll never forget the night I was led to Otti’s house and left there.

I felt so frightened because I knew what was about to happen; I knew that I was about to be forced to sleep with him.

Of all the commanders, he was renowned as the most ruthless and fierce.

At first, I refused Otti’s demands. He then drew his pistol and pointed it at me, and told me to lie down. I had just two choices.

In the morning, I was told I was to become one of Otti’s 11 wives.

I lived in his house for almost four years, until 1999 when he was killed by Kony, who believed his commander was plotting against him.

In a strange way, my abuser’s death was hard for me. I had become dependent on him.

When the right person to love isn’t there, you accept the love you are given.

Being one of his wives had also given me protection. I had to be treated fairly and with respect by the other commanders; they couldn’t order me at will or force me to carry unnecessarily heavy loads for long distances.

But with Otti’s death, all that was gone. I was allocated to another commander three months later.

Being a child soldier as well as a child bride added another layer to my desperate situation.

During my captivity with the LRA, I was forced to fight the Ugandan army, and trained in a special unit as one of Kony’s bodyguards.

I was raped. I was shot in the breast. I ate boiled leaves, had to drink contaminated water – and even my own urine.

I lost my childhood to my abusers.

I am free now, and felt so even during coronavirus lockdowns.

The frightening truth is that COVID-19 is causing a spike in child marriage.

Millions more girls around the world are in danger as desperate families try to manage extreme financial hardships.

Children are in lockdown in their homes and communities. For far too many, that means being stuck with their abusers.

Latest World Vision estimates show that at least four million more girls will be forced into child marriages over the next two years due to COVID-19 shocks – the majority in Africa.

Sub-Saharan Africa already had the highest levels of child marriage in the world, with 35 per cent of young women married before the age of 18.

Victims are becoming child brides through kidnappings, but they’re also being ‘sold’ by families.

I am one of the lucky ones who has lived to tell my story and make Australians aware of what is going on behind closed doors.

I still get a chill when I think of creeping around the bush and running for our lives. We would have been killed if we were captured.

I ended up at World Vision’s Children of War Rehabilitation Centre in Uganda, where I spent one of the happiest years of my life.

When I walked through the door, my first question was: “Can I go to back to school right now?”

The staff member told me: “But no one is at school now. It’s night.”

The next day I was enrolled in school, working on how to read and write, but also learning how to live a normal life again.

I was quite a sight, a gangly 17-year-old in class with much younger children. Eventually I went to university.

The social workers at that rehabilitation centre inspired me to study a Bachelor of Social Work in Uganda, before I moved to Australia with the help of child sponsorship.

Today, I work in early childhood intervention in Sydney. I just love helping people and I’m determined to face down the demons of my past.

My ultimate passion is to set up a charity to support and honour former child soldiers in Uganda, called Bedo Ki Gen, which is Ugandan for Living with Hope.

After all, every girl deserves to have hope for a future.