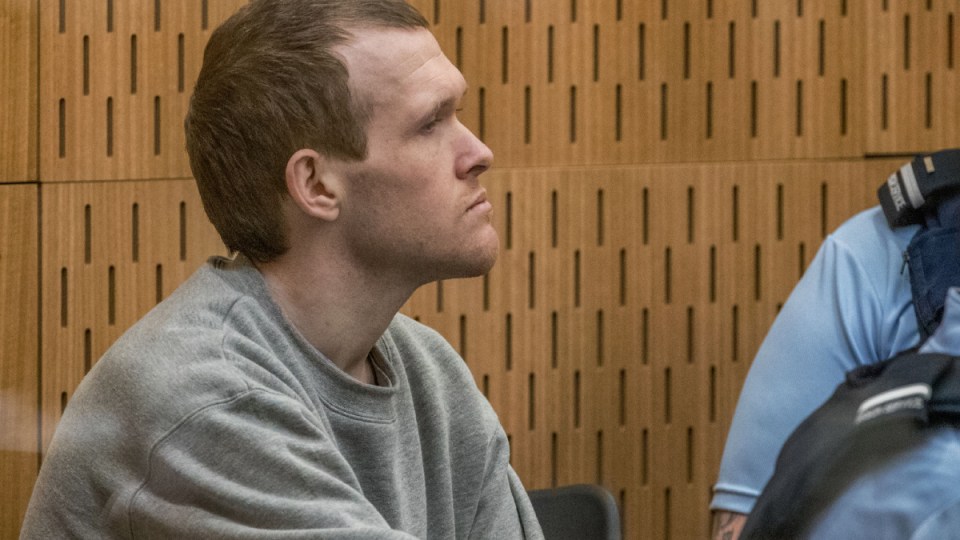 Brenton Tarrant has been sentenced to life in jail without the possibility of parole for murdering 51 people in the Christchurch mosques attack in March 2019. Photo: AAP

Brenton Tarrant, the Christchurch mosques terrorist, has been sentenced to life in jail without the possibility of parole.

In a New Zealand legal first, the Australian white supremacist has been denied the possibility of ever seeking or gaining his freedom after killing 51 people in last year’s attack.

For three days at this week’s sentencing, Tarrant sat unmoved as a procession of his victims – 91 in all – made powerful and emotionally charged statements of their loss.

On Thursday, his gaze was fixed on the Crown solicitors who argued for a life sentencing without parole and Justice Cameron Mander, who agreed to lock him up and to throw away the key.

“If not here, than when?” Justice Mander asked.

“It is difficult to look past the wickedness of each murder … however you are not only a murderer but a a terrorist.”

As victims in the public gallery sobbed, Justice Mander took the time to make a verbal tribute to every murdered and wounded person in his 118-minute sentence.

“Accountability, denouncement, deterrence, and protection of the community must be the court’s focus,” Justice Mander said.

“No matter how appalling the crime, the potential for rehabilitation must always give a court pause … but I remain unmoved.”

Justice Mander sentenced Tarrant to life without parole on each of the 51 counts of murder.

The Grafton-raised man was also handed another life sentence for his terrorism charge, and 12 years on each of the 40 attempted murder counts, to be served concurrently.

“The enormity of offending in this case is without comparison in New Zealand’s criminal history,” he said.

Mr Zarifeh said Tarrant displayed “calculated and militaristic determination in carrying out his plan”, “expressed disappointment in not having killed more people” with “calculated sadism and depravity”.

“Many of those who were shot were on their knees in prayer with their backs to the offender,” he said.

“Life without parole is the only proper sentencing option.”

Tarrant did not speak at his own sentencing despite opting to represent himself, saying “No thank you” to Justice Mander; his only words of the hearing.

His stand-by counsel Philip Hall said Tarrant did not oppose the sentence of life without parole.

Thankfully for his victims, there was little desire to hear from the terrorist.

“He doesn’t have the guts (to speak) after being told over and over again what kind of man he is,” one victim told AAP.

Another said “we would like to have the last word and thanks to him we will”.

Throughout the sentencing, Tarrant was a passive presence.

Surrounded by four security guards at all times and clad in a grey fleece tracksuit, the diminuative man was attentive but meek in the dock.

In the absence of his own submissions, Justice Mander appointed an independent ‘amicus curiae’, Kerry Cook, to give integrity to the sentencing.

Drawing upon private reports that Tarrant had changed some of his views, Mr Cook argued a no-parole sentence contravened the universality of human rights.

“Offending is not an inherent characteristic … there is hope, albeit faint, for rehabilitation,” he said.

“Rehabilitation is constitutionally required in any community that places human dignity as its centrepiece.”

Justice Mander dismissed reports of a change of heart as “uncorroborated and self-serving”.

For three days in the High Court, attack survivors and relatives of those slain stood metres from the terrorist and bared their souls, crying for lost loved ones and reliving the trauma of being in their houses of worship during the attacks.

They wore or carried white roses on their lapels, carried pictures of dead family members.

In Wellington, Prime Minister Jacinda Ardern celebrated the victims, while castigating the terrorist.

“I want to acknowledge the strength of our Muslim community who shared their words in court over the past few days,” she said.

“The trauma of March 15 is not easily healed but today I hope is the last where we have any cause to hear or utter the name of the terrorist behind it.

“His deserves to be a lifetime of complete and utter silence.”