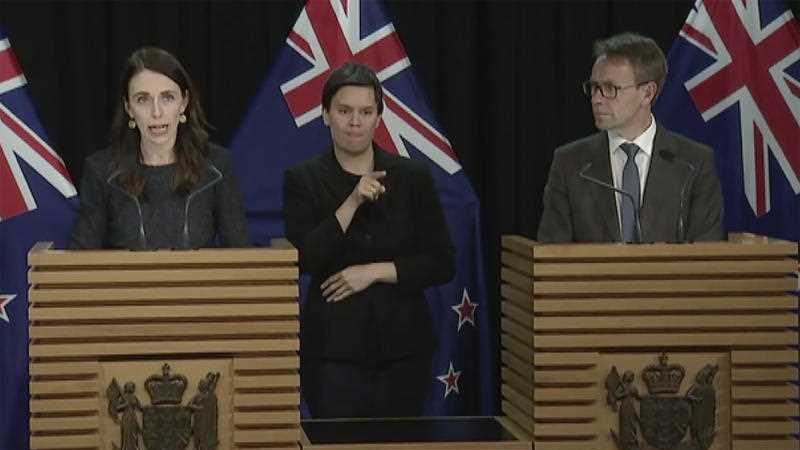 New Zealand’s golden COVID-19 run is over, with Prime Minister Jacinda Ardern placing Auckland in a short-term lockdown after confirming the country’s first cases of community transmission in 102 days.

For three months, New Zealanders have enjoyed the return of usual freedoms after an autumn lockdown proved effective in eliminating the deadly virus.

Those freedoms will be put on hold as health authorities undertake rapid contact tracing and widespread testing in an attempt to locate the source of the fresh outbreak.

Ms Ardern and NZ’s Director-General of Health Ashley Bloomfield announced the news in an unscheduled late-night press conference on Tuesday.

“We have been saying for some weeks that it was inevitable that New Zealand would get another case of community transmission,” he said.

“That time is now and the health system is well prepared.

“The important thing now is that we stop the spread of the virus in our community.”

For the first time, New Zealand will regionalise its response to COVID-19.

Ms Ardern said Auckland would be placed under ‘level three’ restrictions from noon on Wednesday until midnight on Friday.

The rest of New Zealand has been placed on ‘level two’, mandating social distancing and placing caps on gathering sizes.

Ms Ardern appealed to Kiwis – referring once more to the ‘‘team of five million’’ – to act calmly and respect the restrictions.

“My request is not to be dispirited or disheartened. When we’ve rolled out our plans before it has worked,” she said.

“Please stay home if you are in Auckland. Be vigilant. We will get through this.

“We know what to do because we’ve successfully done it before.”

About 1.5 million Aucklanders will be asked to stay home within their ‘bubbles’ except for essential workers, or to go to the supermarket or access health services.

Schools will remain open, but public venues such as gyms, libraries, playgrounds and cinemas will close.

The regional approach will ban travel in and out of Auckland.

Across the entire country, physical distancing and basic public health measures, such as hand washing, must also be maintained.

Auckland to go back into lockdown on Wednesday after coronavirus discovered