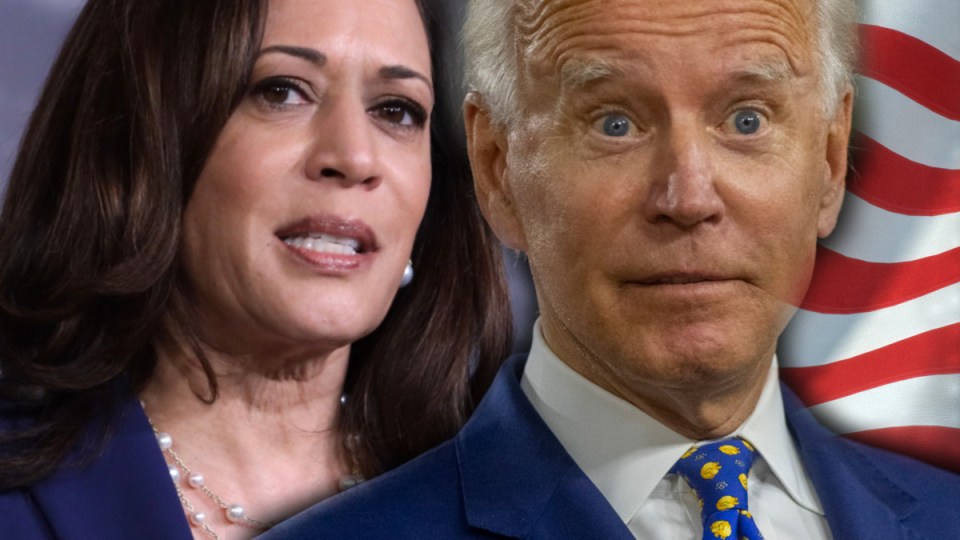 With the coronavirus pandemic continuing to dominate global headlines, this year’s US presidential election is already unlike any other.

What would normally be an action-packed lead up to election day has been eclipsed by a crumbling economy and a death toll exceeding 160,000.

The focus has remained on US President Donald Trump and his handling of the crisis.

Last week, the President faced more intense criticism after saying the country’s death toll “is what it is” in a viral interview with Australian journalist Jonathan Swan.

Although the focus has been firmly on Mr Trump and his next move, it might have been easy to overlook the actions – or lack thereof – from his opposition.

At the weekend, the Democrats’ presidential candidate Joe Biden delayed the announcement of his running mate – once again.

First, he said he hoped to make the decision by August 1.

When he missed that deadline, Mr Biden promised to reveal his vice presidential pick in the first week of August.

The delay might be a strong strategy during a week where Mr Trump’s virus-related gaffes are providing endless sustenance for media – and the world – hungry for coronavirus news.

Why tear the attention away from an opponent’s train-wreck interviews?

Or perhaps he just hasn’t actually made up his mind yet.

David Smith, a senior lecturer at the US Study Centre at the University of Sydney, said Mr Biden’s delay in picking a running mate wasn’t out of the ordinary.

In 2016, Mr Trump called on vice president Mike Pence to be his running mate just three days before the Republican convention in July.

He announced Mr Biden as his running mate on August 23 – two days before the Democratic Convention.

“Usually the announcement of VP is timed to maximise their impact on the conventions, and those aren’t really happening this year,” Dr Smith told The New Daily.

“As much as people who follow politics regularly are really interested in Joe Biden’s VP pick, with COVID and the economic damage being done by COVID, the election will very much be about that and Trump’s handling of it.”

To some political pundits, however, Mr Biden’s failure to meet his own deadlines was entirely predictable.

“This kind of approach — being openly meditative about the issue at hand, with a penchant for missing his own deadlines as he mulls his options — is in line with how Mr Biden has made other big political choices throughout his career,” wrote The New York Times.

“Those who have worked with him over the years describe non-linear decision-making processes with input from allies and family members, a barrage of questions from Mr Biden, and a habit of extending deadlines in a way that leaves some Democrats anxious and annoyed, while others say it brings him to a well-considered decision, eventually.”

Why we should care who Biden picks

Although he is only a few years older than Mr Trump – whose behaviour has sparked a fair share of speculation about his cognitive abilities –  opponents of Mr Biden appear keen to position him as too old and out of touch.

At the weekend Eric Trump said Mr Biden didn’t have the “mental capacity” to be president.

“Joe is like your uncle who is on a new drug and hasn’t got the dosage right,” Williams joked during his stand-up routine.

Eric Trump’s criticism came amid the fallout from comments Mr Biden made when he compared the diversity of African-American and Latino communities.

“What you all know, but most people don’t know. Unlike the African-American community, with notable exceptions the Latino community is an incredibly diverse community with incredibly different attitudes about different things,” Mr Biden said.

He later apologised. But it was too late; political opponents quickly seized on his remarks, and supporters from the left worried he may alienate black voters.

Williams’ daughter was quick to remind followers that her father had also roasted Mr Trump.

“While we’re ‘reminiscing’ (to further your political agenda), you should look up what he said about your Dad. I did,” Zelda Williams wrote back to Eric Trump. “Promise you, it’s much more ‘savage’.

“Gentle reminder that the dead can’t vote, but the living can.”

While we’re ‘reminiscing’ (to further your political agenda), you should look up what he said about your Dad. I did. Promise you, it’s much more ‘savage’.

Gentle reminder that the dead can’t vote, but the living can ♥️ https://t.co/CXDTovG5yo

Apart from being used against him in the race to the election, Mr Biden’s age is a pertinent issue because it has implications for how the next term would play out in the US should he win.

And it makes his choice for a potential Vice President even more important.

At 77 years old, Mr Biden is no spring chicken.

If he manages to beat Mr Trump and assume presidency, he would become the oldest president ever elected.

By the end of his first term – if he can make it that far without any major health complications – Mr Biden would be 82 years old.

Whoever he picks as his running mate will likely need to step up and take over.

“There’s no avoiding the fact the stakes are higher with this vice presidential pick.”

Who are the frontrunners?

At this stage, California Senator Kamala Harris is shaping up to be a favourite.

With credentials like these, Americans can rest assured whoever Mr Biden picks will be qualified for the job.

There’s a strong chance we’ll find out who that is before August 17, when the Democratic Convention is held to officially announce Biden as the party’s presidential nominee.

US election: Joe Biden keeps missing his deadlines to pick a running mate