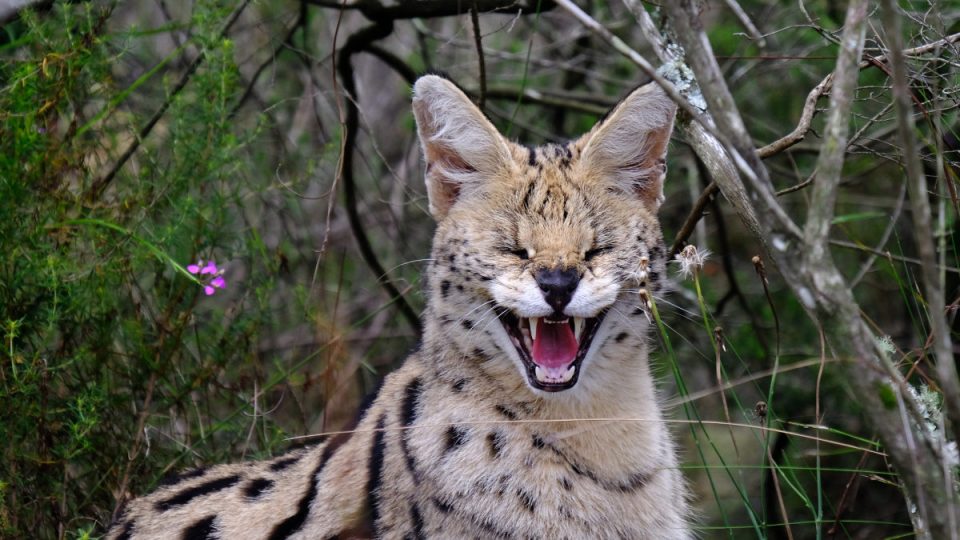 Uh-oh. Someone let the cat out of the bag in Japan.

But after 17 days on the run like a cat out of hell, an exotic African serval has been caught in the Japanese city of Shizuoka.

The slender wildcat is found across Africa, and until recently in central Japan, and is usually slightly bigger than the stereotypical tabby.

The one-year-old made its escape from its owner’s Shizuoka property on June 27, and was on the lam until caught near a heliport on July 13.

Officers from Shizuoka Chuo Police Station and city officials hedged in the animal before it was captured in a net with help from its owner.

While not illegal in Japan, servals do require special permission to be kept as pets due to the dangers they could present to humans.

But it’s not the only great animal escape in recent history.

Two capybaras apt named Bonnie and Clyde escaped the Toronto Zoo in the Canadian summer of 2017 – on the day they arrived at the facility.

They remained on the run for four weeks and six weeks respectively.

It set off a rodent hunt through Toronto, with thousands of locals calling in sightings of the massive guinea pigs during their summer getaway.

Fortunately, while the duo was at large, they didn’t pose any risk to humans.

And there was even a happier ending.

During the summer fling, they even had time to mate – with the duo welcoming three pups soon after they were returned to the zoo.

Cat out the bag: Serval caught after 17 days on the loose in Japan