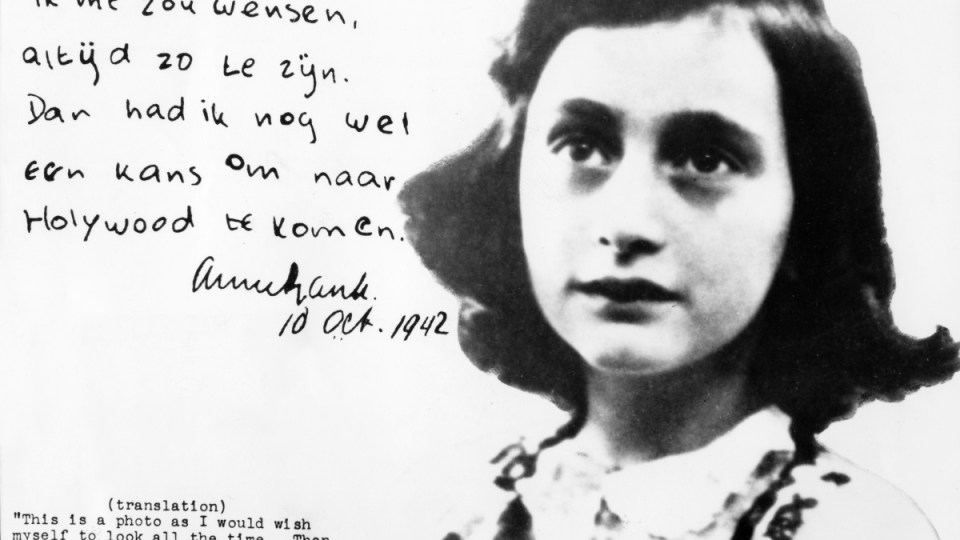 On this same day in 1942, another family was forced to enter a much more terrifying lockdown.

As the Germans swept through Europe and gained occupation of Holland, Anne’s father, Otto, asked his Austrian-born bookkeeper, Miep Gies, if she would help hide his family.

On July 6, the Franks dropped their bags and set up makeshift beds in her secret room, unsure of when they’d step foot outside again.

The day before, Anne’s older sister, Margot, had received a call-up notice to be deported to a Nazi ‘work camp’.

Otto’s employees risked their lives to smuggle food, supplies and news of the outside world into the ‘Secret Annex’, the family’s room hidden behind a movable bookcase.

During the next two years – as Nazi officers patrolled outside the warehouse – 13-year-old Anne filled her diary with everyday experiences in lockdown.

She detailed her relationships with her family and friends, as well as poignant observations about the increasingly dangerous world around her.

The Franks were captured and sent to the Nazi concentration camps, along with two Christians who helped shelter them.

Another Jewish family and a single Jewish man with whom they had been hiding were also captured.

Anne and seven others ended up at the Auschwitz concentration camp in Poland.

In early 1945, with the Soviet liberation of Poland under way, Anne was moved with her sister Margot to the Bergen-Belsen concentration camp in Germany.

Unable to withstand the horrendous camp conditions, the two sisters died from typhus.

After the war, Mr Frank was released from Auschwitz and returned to Amsterdam, where his bookkeeper Ms Gies gave him five notebooks and some 300 loose papers containing Anne’s diary entries.

Anne’s diary from June 1942 to August 1944 is regarded as the most famous personal account of the Holocaust and has been turned into several plays and films.

On This Day: Jewish diarist Anne Frank’s family goes into hiding from the Nazis