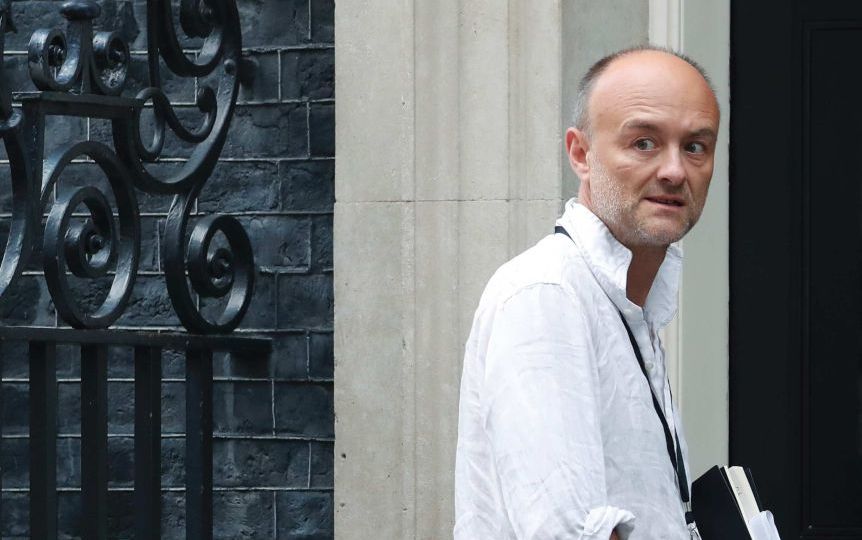 The British Government is facing accusations of hypocrisy after it was revealed that Prime Minister Boris Johnson’s top adviser, Dominic Cummings, travelled more than 400km to his parents’ house during a nationwide lockdown.

Local media reported that Mr Cummings, who lives in London, was seen at his parents’ property in north-east England at the end of March.

The UK’s lockdown, which began March 23, stipulated that people should remain at their primary residence, leaving only for essential local errands and exercise, and not visit relatives. Anyone with symptoms was told to completely isolate themselves.

Local police said that officers went to a house on March 31 and, “explained to the family the guidelines around self-isolation and reiterated the appropriate advice around essential travel.”

The previous day, Downing Street had announced that Mr Cummings was self-isolating with symptoms of COVID-19.

Basically, in the midst of an actual pandemic – with the death toll exceeding 55k already – the health secretary and prime minister have chosen to tear up vital public health messaging in order to save Dominic Cummings.

Mr Johnson’s office said in a statement that Mr Cummings made the trip because his wife was showing coronavirus symptoms, he thought he was likely to also get sick, and relatives had offered to help look after the couple’s young son. It said Mr Cummings stayed in a house “near to but separate from” his extended family.

“Owing to his wife being infected with suspected coronavirus and the high likelihood that he would himself become unwell, it was essential for Dominic Cummings to ensure his young child could be properly cared for,” a Downing Street spokesman said.

“At no stage was he or his family spoken to by the police about this matter, as is being reported. His actions were in line with coronavirus guidelines. Mr Cummings believes he behaved reasonably and legally.”

The local police force has since spoken and says it stands by its statement.

The opposition Labour Party has called for an urgent inquiry into the matter.

“The British people have made important and painful sacrifices to support the national effort, including being away from family in times of need,” Rachel Reeves, Labour’s cabinet office minister in waiting, wrote in a letter to the country’s most senior civil servant Mark Sedwill.

“It is therefore vital that the government can reassure the public that its most senior figures have been adhering to the same rules as everyone else.”

Speaking to reporters outside his home, Mr Cummings says he did “the right thing” in making the trip.

He said to reporters: “Who cares about good looks. It’s a question of doing the right thing. It’s not about what you guys think.”

Dominic Cummings giving social distancing advice this morning and then: "Who cares about good looks? It's a question of doing the right thing. It is not about what you guys think." pic.twitter.com/QregNLpkne

“I can tell you that the PM provides Mr Cummings with his full support,” he said.

One of Mr Johnson’s most senior ministers, Michael Gove, said of the situation: “Caring for your wife and child is not a crime.”

Mr Cummings was one of the architects of the Brexit campaign, and was later appointed Johnson’s top aide.

He is one of several senior UK officials who have been accused of flouting the lockdown rules that they advocated for the rest of the country.

Epidemiologist Neil Ferguson stepped down as government scientific adviser earlier this month after a newspaper disclosed that his girlfriend had crossed London to stay with him during the lockdown. In April, Catherine Calderwood resigned as Scotland’s chief medical officer after twice travelling from Edinburgh to her second home.

When Mr Cummings was asked if he would consider his position, he told reporters: “Obviously not.”