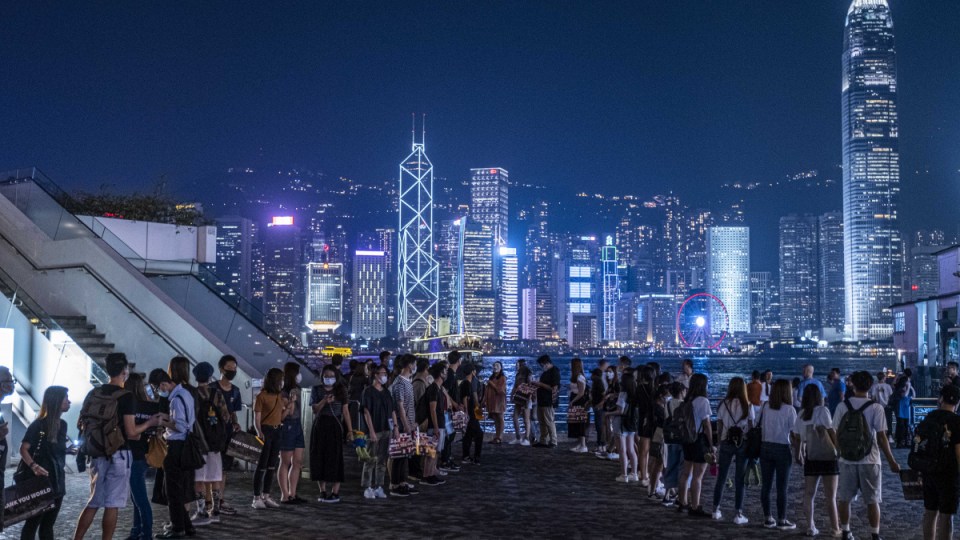 When Britain returned Hong Kong to Chinese sovereignty in the 1997 handover agreement that ended an era of colonialism dating to the Opium Wars, China’s top leader at the time, Deng Xiaoping, guaranteed Hong Kong’s way of life for at least 50 years.

Deng was the chief architect of the policy for Hong Kong known as “one country, two systems.”

The policy was the blueprint for preserving the prosperity and autonomy of a freewheeling capitalist enclave on the doorstep of the Chinese Communist mainland which had become critical for financial and trade links to China’s own ambitious economic future. The policy also bolstered China’s image as an increasingly responsible force in the world.

Within a matter of years, however, China began taking steps that eroded the liberties enjoyed by Hong Kong’s 7.5 million people, and the moves have increasingly led to pro-democracy demonstrations and suspicion toward the intent of the Chinese Communist authorities in Beijing.

On Thursday, those authorities announced the most sweeping step yet, with proposed security laws that could effectively subvert Hong Kong’s remaining freedoms and bring it under full Chinese control.

Here are some basic questions and answers on China’s action and the possible repercussions:

What precisely did China announce?

Chinese officials in Beijing said the National People’s Congress, China’s Legislature, would review a plan to establish new laws and an enforcement mechanism for protecting national security in Hong Kong. The announcement provided no details but signaled that the new legislation would allow China’s central government more legal justification to directly respond to the large anti-Beijing protests that upended Hong Kong for much of the past year.

China has long implicitly maintained it has the right to take action in Hong Kong to protect national security, starting with the deployment of an army garrison in the territory that replaced the departing British forces. Last year, China’s military also made a point of conducting manoeuvres in neighboring Shenzhen during the protests, which democracy activists regarded as a message. But security laws enacted in Beijing that provide a justification for intervention in Hong Kong would be something new.

Why did China do this now?

President Xi Jinping, the country’s most authoritarian leader since the Mao era, has viewed the Hong Kong unrest with impatience and exasperation, seeing it as a direct challenge to Communist Party primacy and legitimacy. Chinese government propaganda, under Xi’s direct control, has increasingly indicated the challenge would be crushed.

One possible catalyst for China’s announcement was the reluctance of Hong Kong’s own legislature to enact toughened security laws under a provision of the territory’s basic law known as Article 23 — fearing such a move could incite even bigger anti-Beijing protests. The legislation that Beijing has proposed would allow it to bypass Hong Kong’s own legal structure for dealing with what are regarded as security threats.

Another explanation for the timing is Hong Kong’s largely successful struggle to contain the coronavirus pandemic, which at its height prompted a lockdown that effectively derailed the anti-Beijing protests in the territory. With the gradual return to a semblance of normalcy, those protests have started to resume.

What are the ramifications for Hong Kong of China’s action?

The action was likely to provoke anger from pro-democracy activists in Hong Kong, which could lead to even bigger and more violent protests. But the action also sends the message that expression of political dissent or freedom of speech in Hong Kong are now at greater risk than ever, threatening a press that has functioned largely unfettered by political constraints.

Even if the new security laws do not necessarily lead to the closure of newspapers or broadcasters that offend Beijing, chilling effects like self-censorship or reluctance to speak out may be likely. The free flow of information that has been critical to Hong Kong’s economic success also could now be at greater risk – a negative for the many multinational companies that have made Hong Kong their home in Asia. Fears of a Chinese political crackdown in Hong Kong could cause an exodus from its expatriate community – not to mention Hong Kong residents with the means to move elsewhere.

What are the possible consequences for China?

The move could aggravate China’s worsening relations with the United States, which has long criticized China over the erosion of Hong Kong’s autonomy.

President Trump said Thursday that the United States would strongly respond to any attempt by the Chinese authorities to impose a crackdown on Hong Kong. On Wednesday, Secretary of State Mike Pompeo said China’s threats to pro-democracy activists in Hong Kong could make the United States re-evaluate the special treatment the territory receives as an autonomous region under American law. China’s Foreign Ministry responded that Mr. Pompeo was blatantly interfering in internal Chinese affairs.

More broadly, a Chinese crackdown in Hong Kong could exacerbate a credibility problem for the Beijing authorities, already defending themselves from claims of negligence and cover-up in the early stages of the coronavirus pandemic, which is believed to have originated in Wuhan late last year.

Nearby Asian countries like Vietnam and Thailand already view China’s growing attempts to exert its influence in the region with suspicion. And Taiwan, the self-governing island that Beijing considers part of China, is likely to see a Hong Kong crackdown as further validation of its view that the “one country, two systems” model is a failure and a new reason not to engage with the mainland’s Chinese Communist authorities.

Is China signalling the end of Hong Kong? The four key questions