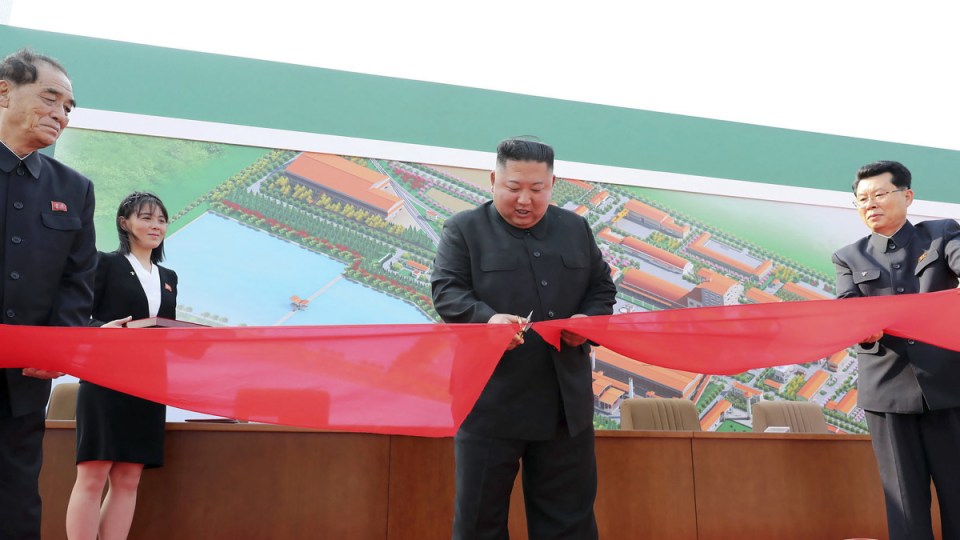 North Korean state media says leader Kim Jong-un has made his first public appearance in 20 days amid rumours about his health.

The Korean Central News Agency on Saturday reported that Kim attended a ceremony marking the completion of a fertiliser factory in Suncheon, north of the capital of Pyongyang, with senior officials including his sister Kim Yo-jong.

Kim Jong-un had been last seen during a ruling party meeting on April 11 to discuss coronavirus prevention.

Kim Jong Un’s reappearance led the 6am news on Korean Central Radio. Here’s the best recording I got (with black video because Twitter won’t let me upload audio only) pic.twitter.com/LNYWmywgvd

Speculation surrounding his health has grown after he missed the April 15 celebration of the birthday of his late grandfather and state founder, Kim Il-sung, the country’s most important holiday.

While a number of news outlets had already declared Kim to have died last week, state media continued to report that the North Korean leader had been sending letters from his office.

South Korea’s government had downplayed rumours and unconfirmed reports that Kim was in poor health following a medical procedure, saying it had detected no unusual activity in the North, stating Kim was staying near the east coast city of Wonsan.

US President Donald Trump declined to comment the report.

“I’d rather not comment on it yet,” Mr Trump told reporters at the White House.

“We’ll have something to say about it at the appropriate time.”