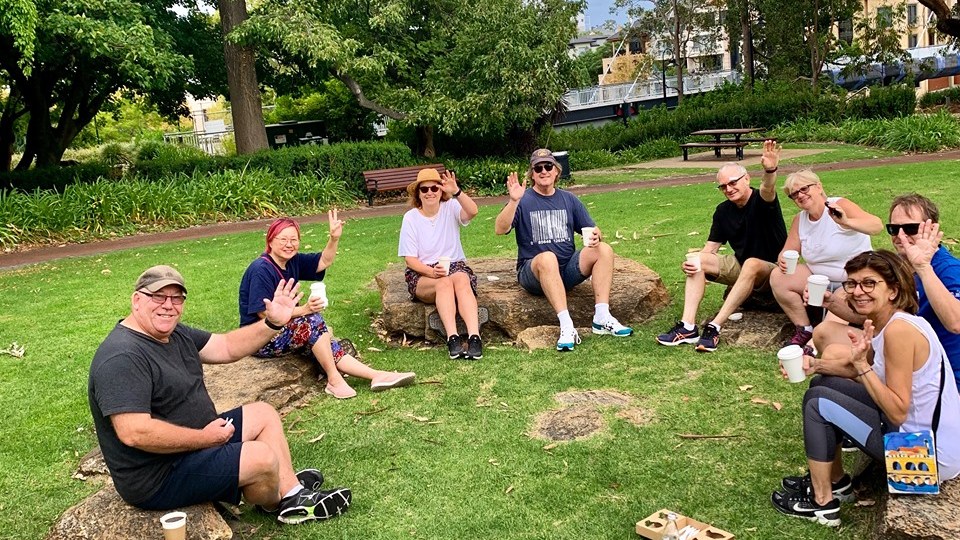 Australians are ready to take advantage of their new-found freedoms as a growing number of states and territories gradually roll back coronavirus restrictions.

The self-isolation rethink comes as federal Health Minister Greg Hunt reported on Tuesday there had been just 100 new cases of COVID-19 in Australia in the past week.

From Saturday, Queenslanders will be able to sunbathe at the beach, have a picnic in the park or go boating at locations up to 50 kilometres from their homes.

In New South Wales, Sydney’s popular Bondi Beach – a former COVID-19 hotspot – reopened for swimming and surfing, but the beach itself will remain closed.

For the residents of Australian states still subject to strict self-isolation measures, a look at Western Australia and the Northern Territory offer a glimpse of how we can stretch our wings in the weeks and months to come.

While New Zealanders flocked to their local McDonald’s drive-through on Tuesday for their first taste of takeaway food in more than a month, Western Australians have different plans.

WA restrictions were loosened on Monday to allow gatherings of up to 10 people, and residents have been quick to take advantage.

Walking clubs and picnics are back on in WA, as well as non-contact recreational activities like fishing, boating, hiking and camping.

Anne-Maree Ferguson, chairperson of the East Perth Community Group, said her local walking club made plans to reconvene as soon as the news was announced.

“Everyone is a bit excited in East Perth. They’re coming out in droves to participate (in the walking club) again,” Ms Ferguson told The New Daily.

“It’s for the exercise, but the core benefit is that incidental human contact that you don’t get when you’re in isolation.”

She said there was so much “excitement” among the 30 members about restarting the club that they may need to be split into two groups at their first meeting to comply with the 10-person limit.

“We’ve had such a long break that people now realise how important that incidental social contact is, as well as the exercise,” Ms Ferguson said.

“About 88 per cent of people in broader East Perth live in apartments or flats and the restrictions have been more challenging than they anticipated.”

Alex Hansen, who lives at Leederville in West Perth, said his local gym has started offering outdoor exercise classes for up to 10 people.

“It definitely seems like more people are out and about now too,” Mr Hansen told The New Daily.

Golf clubs in the state’s capital have reported an increase in players returning to courses this week.

Although golf was never fully banned in WA, stage 2 restrictions meant there was a two-person limit on players.

Now, groups of up to 10 people can play at a time provided they respect social distancing rules.

Michael Draper, a trainee professional at Albany Golf Club, told The New Daily “there has certainly been an increase in members coming to play”.

“Because restrictions have been in place for a while, we’re expecting to get a massive flock of people,” Mr Draper said.

“We opened competitions over the weekend and they’re already full.

“It’s not normal for them to fill up that quickly.”

Meanwhile in the Northern Territory, residents are preparing to capitalise on their new freedom to camp, swim and hike at some parks and reserves from noon on Friday.

Katherine resident Nikita Smith said it was a relief the Territory was easing restrictions by giving residents “the green light to go camping”.

“As soon as we heard the news, all my friends were asking ‘Where should we go?'” Ms Smith told The New Daily.

“It’s the main attraction up here: You can drive for a couple of hours and all of a sudden you’ve arrived at a jungle or a waterfall where you can go swimming … it’s just magical.”

How Australians plan to spend their post-lockdown freedoms