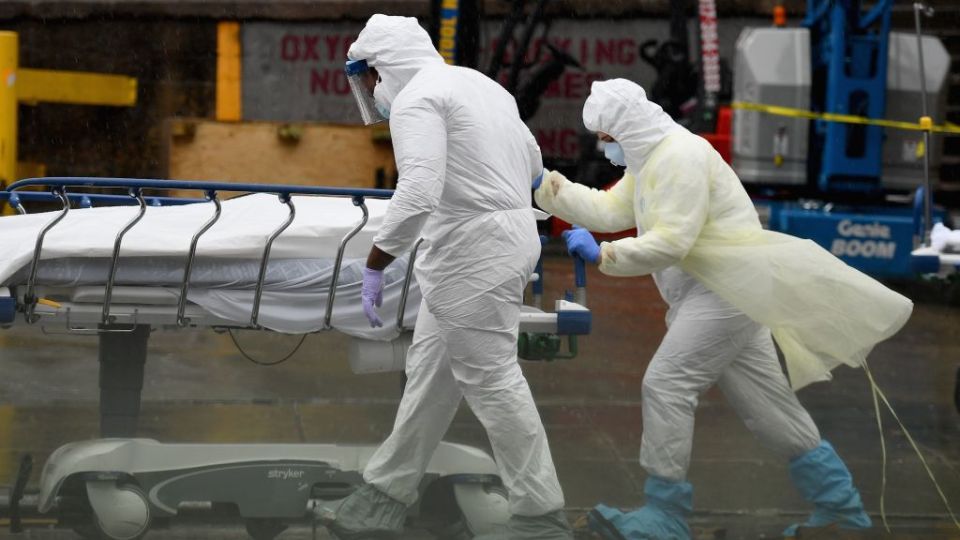 Nearly 14 per cent of 3000 people tested for coronavirus antibodies in the US state of New York returned a positive result, Governor Andrew Cuomo says.

The preliminary results came from an antibody study that randomly tested people at supermarkets in the state, he told a daily press conference.

“It means these are people who were infected and who developed the antibodies,” Mr Cuomo explained.

In New York City, 21 per cent of those tested had antibodies.

The governor said the data could point to a lower death rate than some estimates.

If the results translate to the true incidence of the new coronavirus, it would mean 2.7 million people have been infected in the state of New York.

He cautioned that this was based on preliminary data and that the death toll “is going to go up” and currently does not account for at-home or presumed deaths.

He also noted that the results could be skewed as they were not people who were in their home or isolated, who may have a lower rate of infection.

Health experts say that immunity to the new coronavirus is still not proven, even if it is assumed.

Earlier on Thursday, New York City’s health commissioner said she believed the city’s 141,800 confirmed coronavirus cases are just “the tip of the iceberg”.

“It wouldn’t surprise me if at this point in time we have probably close to a million New Yorkers who have been exposed to COVID-19,” Oxiris Barbot told a press conference.

Meanwhile, the New York Times reported that by the time New York City announced its first official case on March 1, there could have already been nearly 11,000 infections in the city.

Citing new model data by Northeastern University, the newspaper also reported there could have been more than 28,000 infections in five major US cities by March 1, when those cities were only reporting 23 cases.

New York is the epicentre of the coronavirus outbreak in the United States. In total, the country has seen more than 47,000 deaths.