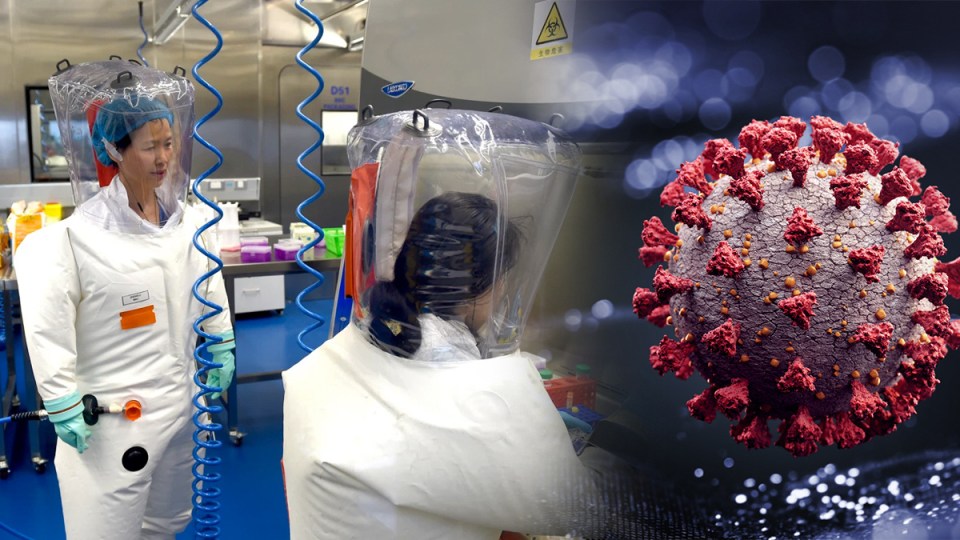 There have been reports the coronavirus originated from a lab in Wuhan, China.

A Russian microbiologist has stoked conspiracy theories about the origin of coronavirus, claiming it was accidentally engineered by Chinese scientists who did “absolutely crazy things” during their attempted development of a vaccine for HIV.

Speaking with the Moskovsky Komsomolets newspaper, Professor Petr Chumakov said a lab in the COVID-19 epicentre has been developing various coronavirus variants over the past decade – but not intentionally.

“They did this, supposedly not with the aim of creating pathogenic variants, but to study their pathogenicity,” said Professor Chumakov, chief researcher at the Engelhardt Institute of Molecular Biology in Moscow.

The claims run counter the assertions of many of the world’s leading scientists who have pushed back on the theory that COVID-19 escaped from a lab.

Professor Chumakov asserted Chinese researchers involuntarily created “variants of the virus” when they were possibly aiming for a HIV vaccine. He claimed they had no “malicious intent” on creating COVID-19.

An example of the “absolutely crazy things” they did included enabling the virus to infect human cells through interrupting “the natural sequence of the genome” he said, adding that scientists were often just doing what they were told.

“There are several inserts … which gave it special properties,” Professor Chumakov said.

“Behind the scientists stood curators who directed actions in another direction which they needed.”

Global virologists and infectious disease experts who study coronaviruses have said there is enough evidence to assume the virus is new and came from nature.

A large group of them from the US, the UK and Australia, citing genome analyses from multiple countries, recently affirmed in The Lancet that the virus originated in wildlife.

“We stand together to strongly condemn conspiracy theories suggesting that COVID-19 does not have a natural origin,” they wrote.

“Scientists from multiple countries have published and analysed genomes of the causative agent, severe acute respiratory syndrome coronavirus 2 (SARS-CoV-2),  and they overwhelmingly conclude that this coronavirus originated in wildlife.”

Evolutionary virologist professor Edward Holmes from the University of Sydney said the most likely explanation was that the virus came from a wild animal.

“There is no evidence that SARS-CoV-2, the virus that causes COVID-19 in humans, originated in a laboratory in Wuhan, China, he said.

Dmitry Peskov, a spokesperson for Russian President Vladimir Putin, this week shut down speculation around the alleged man-made nature of the coronavirus.

“In the situation where there is not enough information that has been supported and checked by science … we think it is unacceptable, impossible, to groundlessly accuse anyone,” Mr Peskov said.

But when the head of Russia’s Federal Medical-Biological Agency Veronika Skvortsova was earlier asked about the possibility that COVID-19 could be man-made, she said the question “demands a very thorough study”.

“None of the versions can be ruled out … I think that we must conduct a very serious research,” Ms Skvortsova said.

Meanwhile Prime Minister Scott Morrison has said an independent investigation must be launched to understand the pandemic’s true origins.

“Our purpose here is just pretty simple – we’d like the world to be safer when it comes to viruses,” he said.

“I would hope that any other nation … be it China or anyone else, would share that objective.”

It will present as an opportunity for Australia to pursue a global inquiry into China’s handling of the coronavirus outbreak.

“Any member of the World Health Organisation, I think that should be something that should be understood and that’s part, I think, of your responsibility – or should be anyway – in participating in such an organisation,” Mr Morrison said.

Microbiologist claims the coronavirus was man-made in Wuhan lab