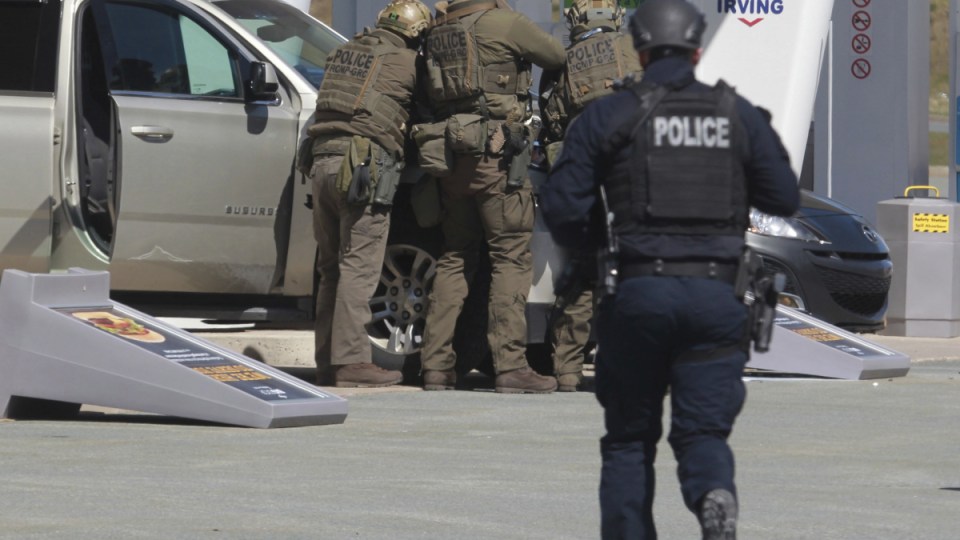 The death toll from the deadliest shooting spree in Canada’s modern history has risen to 23, forcing Prime Minister Justin Trudeau to move quickly to ban the sale of military-style assault weapons.

Police expect to find more victims as they continue to search the charred remains of several houses set alight by the gunman during the 12-hour shooting spree in Nova Scotia.

Among the dead are 54-year-old cancer survivor Gina Goulet, a 23-year veteran of Canada’s police force, Constable Heidi Stevenson, school teacher Lisa McCully, and married couple, Greg and Jamie Blair, whose two small children have had to move in with another family.

Police said in an earlier news release that they believed there were 23 victims but spokesman Daniel Brien later clarified the death toll included 22 victims and the gunman.

Following urgent calls from gun control advocates to “ban the new sale of military-style assault weapons”, Mr Trudeau said his government was on the verge of introducing the proposed legislation when parliament was suspended due to the coronavirus pandemic.

Speaking at his daily briefing in Ottawa, Mr Trudeau said the government is looking “at the right way and the right moment to bring it forward”.

“We implore you to take one decisive, achievable action right now,” a coalition of four gun control groups wrote in an open letter to federal Public Safety Minister Bill Blair on Monday.

“As has been well documented, these guns pose an excessive risk to public safety and serve no reasonable purpose,” they wrote.

It comes as grieving families struggle to understand the tragedy.

“I honestly don’t really know what happened. They were both shot. That’s all we know, we don’t know why. We don’t know.”

Police have identified the killer as Gabriel Wortman, a 51-year-old denturist and owner of a clinic in Dartmouth, Nova Scotia.

Investigators were still looking for a motive for the shooting spree that unfolded in four different communities on late Saturday and early Sunday, stretching over 100km, police said.

While some of the victims were known to Wortman others appeared to have been targeted randomly, officials with the Royal Canadian Mounted Police (RCMP) have said.

Wortman was seen wearing a police uniform and driving an exact replica of a police cruiser before commandeering another car during the pursuit.

They RCMP refused to discuss what kind of weapons Wortman used and whether they were obtained legally.

Canada first adopted strict gun control legislation in the years following the 1989 Montreal Massacre, when a lone gunman killed 14 female engineering students at Ecole Polytechnique and injured 28 others before turning the gun on himself.

The minority Liberal government will have to seek the support of the left-of-centre opposition parties in parliament to push the proposed ban on certain types of semi-automatic rifles through.

The Conservative Party has opposed stricter gun control measures in the past.