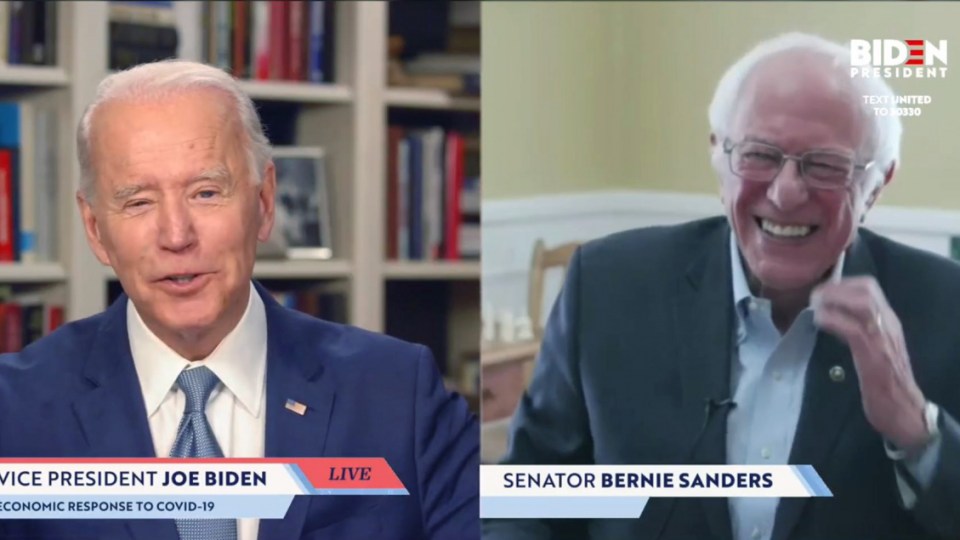 Senator Bernie Sanders has formally endorsed Joe Biden as the US Democratic Party unifies in a bid to take on President Donald Trump in November in the race for the White House.

Mr Sanders, who dropped out of the Democratic primary competition last week leaving Mr Biden as the last standing candidate, joined the former vice president on a livestream over social media to issue the endorsement.

Mr Sanders called on people to “come together” to back Mr Biden.

“We need you in the White House,” he said to Mr Biden, adding that it was an imperative for the party to prevent Mr Trump from getting a second term.

Mr Sanders, a senator from Vermont, ran on a ticket that pushed an expansive government takeover of health care that would have provided coverage to all people in the United States, on top of other progressive ideas that were at times dubbed revolutionary.

Mr Biden is a long-time member of the party establishment having served as a senator for decades, and was vice president under former president Barack Obama.