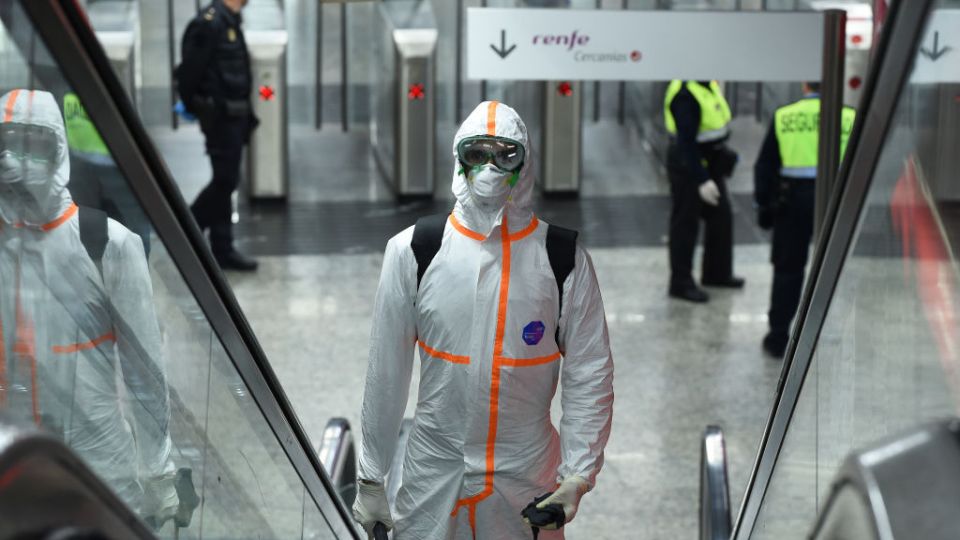 Spain has swiftly followed Italy to become the second European country where hundreds of people are being killed by the coronavirus daily. The death toll shows little sign of slowing.

Some 5500 hospital beds, including intensive care units, will be set up inside the 240,000 square metre IFEMA conference centre on the capital’s outskirts to cope with surging demand expected in the coming days, the Madrid region said in a tweet.

The capital has become the epicentre of the disease in Spain. With nearly 20,000 cases reported as of Friday, Spain overtook Iran to become the world’s third hardest-hit country after China and Italy.

The Madrid region accounts for 628 deaths and 7165 cases.

The government promised measures on Thursday to protect the elderly and staff at nursing homes after large numbers of deaths.

Some 30 firefighters were involved in an extensive disinfection operation at a Madrid nursing home, and a military team was working in another.

On Friday the government said providing more face masks would be a priority and it could also do more to help the most vulnerable groups.

The justice ministry said 1000 forensic doctors and technicians would be redeployed to tackle the epidemic.

The country has ramped up efforts to curb the spread of the disease in the past week, ordering a nationwide 15-day state of emergency on Saturday that bars people from all but essential outings.

Bars, restaurants and most shops have been shut and transport restricted.