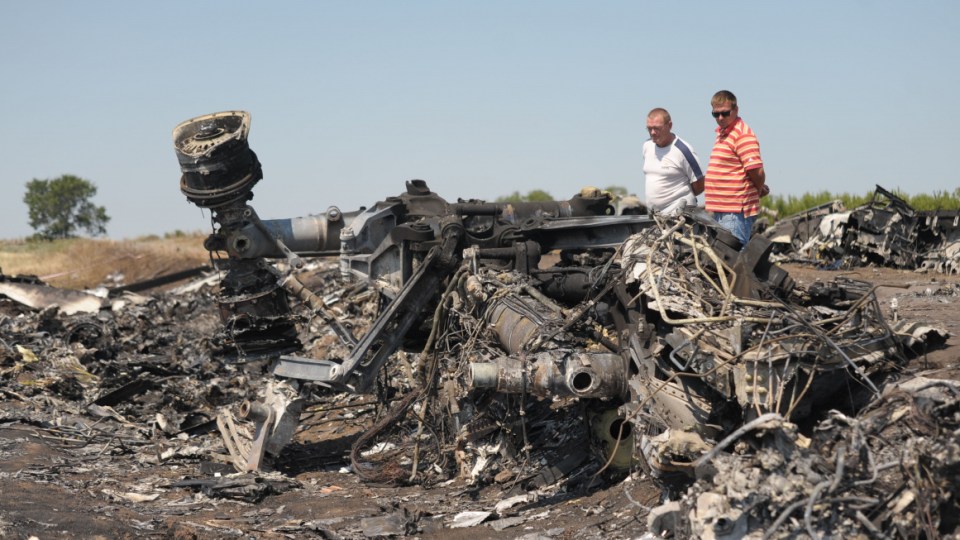 Four men charged with murdering 298 people on board flight MH17 had guided the missile that shot down the Malaysian aircraft over Ukraine six years ago, a Dutch court has heard during the first day of a trial.

In laying out their case against the accused – three Russians and a Ukrainian – Dutch prosecutors argued that although the men did not push the button to fire the missile that destroyed the passenger jet, they played a coordinating role in the disaster.

“They were in command of others,” Netherlands prosecutor Ward Ferdinandusse said of Igor Girkin, Sergey Dubinsky, Oleg Pulatov and Leonid Kharchenko.

It’s alleged the former rebel fighters had directed the missile launcher to the launch location and spoke about the need for it to “serve their cause”, even questioning whether it had “done its job”.

“They noted with delight that an aircraft has been shot down, they directed others in the delivery of the system to the launch site and they organised the removal of the Buk-TELAR (missile) to the Russian Federation,” Mr Ferdinandusse said.

He said the accused should face a criminal trial because they were not regular military personnel fighting for a state at the time.

The trial follows a half-decade long fight for justice by families of the 298 passengers and crew who were killed in 2014.

Earlier, Prosecutor Dedy Woei-A-Tsoi made a solemn roll call of the names of all 298 people killed, including 38 from Australia.

District Judge Henrik Steenhuis adjourned the court briefly afterwards so families and friends of victims could gather their composure.

“The heavy silence in this room when the names were being read out … makes abundantly clear that everyone sitting here was lost in their thoughts,” Dutch District Judge Hendrik Steenhuis said.

“You could have almost heard a pin drop in that room … that gives a real indication of the significant and absolute atrocity that happened on that day,” she said outside court.

Australian Angela Nagel, whose husband died in the MH17 plane disaster fought back tears as she explained how important the trial is to her.

“It’s still a daily tragedy for those family and friends involved that we’ve had no justice, that we’re still in this terrible grief – that’s why it’s really important today.”