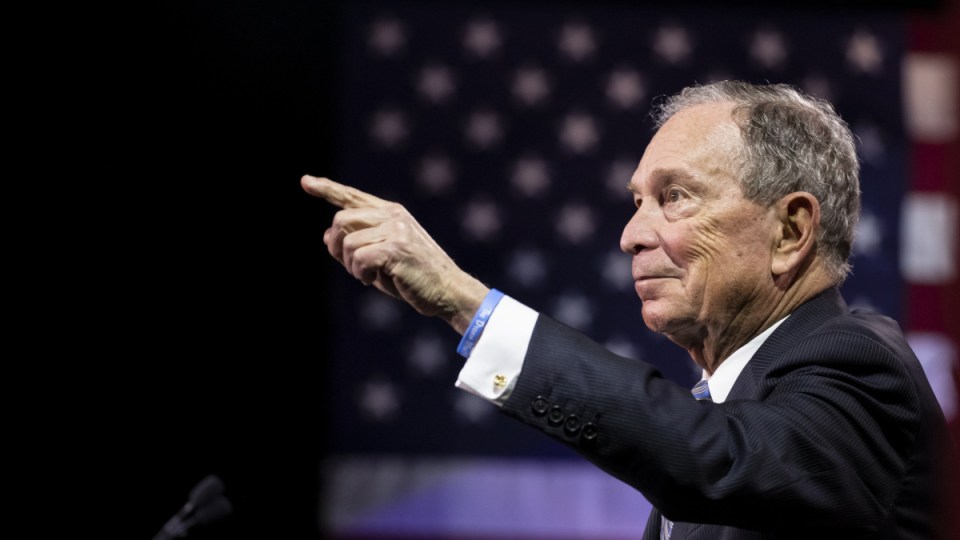 After pouring hundreds of millions of dollars from his personal fortune into his Democratic campaign, Michael Bloomberg has abandoned his presidential bid to endorse the former vice president.

It comes after the billionaire media mogul and former New York City mayor failed to win in any of the 14 states that cast votes on Super Tuesday.

Securing victory only in American Samoa, a small outlying territory, Mr Bloomberg decided that Joe Biden had the “best shot” at defeating President Donald Trump in the November election.

“After yesterday’s results, the delegate math has become virtually impossible – and a viable path to the nomination no longer exists,” he said.

Originally seeking take on Mr Biden as the moderate front-runner, Mr Bloomberg is now working to elect the 2020 presidential candidate because he “fought for working people his whole life”.

It’s estimated he forked out about $500 million in total on his Democratic presidential bid.

Mr Biden, 77, had a resurgence on Tuesday, winning at least nine states and setting up a two-way race between him and Senator Bernie Sanders for the Democratic party’s presidential nomination.

Also rumoured to be weighing up the decision to drop out of the race is Elizabeth Warren after her campaign manager, Roger Lau wrote to staff on Thursday morning (Australian time), saying the Massachusetts senator is taking time to “assess the path forward”.

It comes after she failed to win a single state on Tuesday.

“All of us have worked for Elizabeth long enough to know that she isn’t a lifetime politician and doesn’t think like one. She’s going to take time right now to think through the right way to continue this fight,” the email read.

“And there’s a lot at stake for this country and the millions of people who are falling further and further behind. This decision is in her hands, and it’s important that she has the time and space to consider what comes next.”