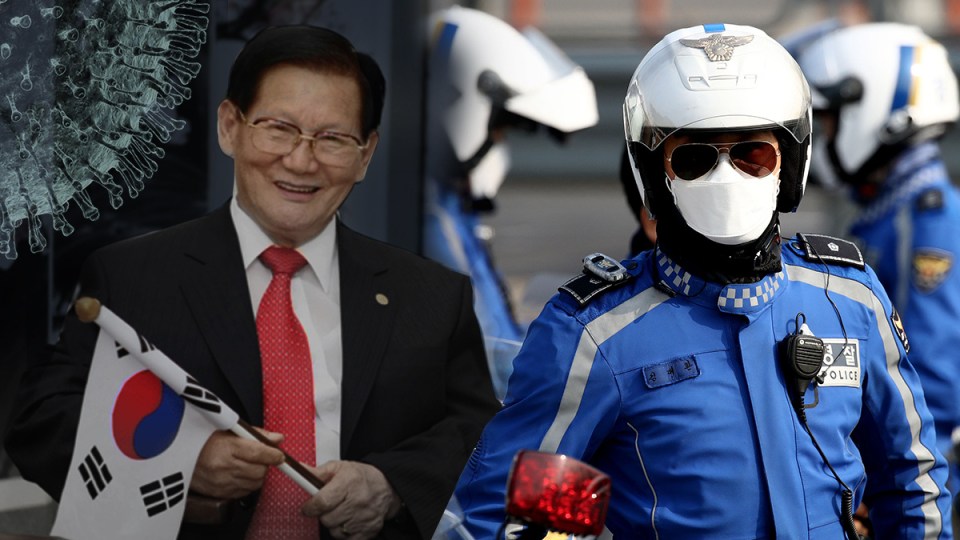 The controversial South Korean church facing criminal charges over the rapid spread of COVID-19 among its members has a strong following in Australia, a Melbourne cult specialist has confirmed.

The city government of Seoul has asked prosecutors to charge 12 leaders of the Shincheonji Church of Jesus, the Temple of the Tabernacle of the Testimony, including its founder Lee Man-hee, 88.

The leaders are accused of murder, causing injury, and failing to prevent the spread of an infectious disease after thousands of their followers were found to be carrying the virus.

In the early hours of Tuesday (Australian time), Mr Lee knelt on the floor and bowed during a press conference in which he apologised for one church member spreading the sickness, calling the epidemic a “great calamity”.

“We did our best but were not able to stop the spread of the virus,” he said.

The mea culpa marked a shift in the messaging about the church’s culpability. Just last week Mr Lee was blaming “evil” for the virus epidemic, telling a congregation the sickness was the work of “the evil who got jealous of Shincheonji’s rapid growth”.

In the largest outbreak outside China, by Tuesday morning (Australian time) South Korea had recorded 26 deaths and reported another 599 infections, taking its tally to 4335 . It follows the nation’s biggest daily jump on Saturday.

Most of the country’s cases have been linked back to the secretive Shincheonji Church. The nation’s death toll is likely to increase after nearly 9000 of the 230,000 church members interviewed by authorities reported symptoms of the coronavirus.

The church’s strict rule that members must never miss a service, even if they feel sick, has been blamed for South Korea’s rapid outbreak.

Fury over the secretive Christian sect’s poor handling of the outbreak has prompted more than a million people in South Korea to sign a petition calling for the church to be disbanded.

But shutting it down won’t be easy.

The church boasts about 200,000 followers, hundreds of whom live in foreign countries like Australia.

Raphael Aron, director of Cults Consulting Australia, provides counselling to families who have lost loved ones to cults.

His Melbourne-based organisation deals with more people recruited from Shincheonji Church than any other Asian group.

“We’re seeing an increasing number of people connected to Shincheonji who have become totally and completely alienated from their families,” Mr Aron told The New Daily.

“They might come to Australia on an exchange program, enrol at uni, then suddenly one of them has disappeared.”

He said the church’s leaders needed to be held accountable for the rapid spread of COVID-19 among their followers.

“Was it because of their general code of secrecy, or did they truly believe that prayer was the answer?” Mr Aron said.

Acknowledging the anger felt by South Koreans over the church’s negligence, he also urged people to treat Shincheonji members with respect.

“There is a very human side to cults and it’s really important to understand that,” he said.

“We mustn’t demonise them.”

Why do people join cults in the first place?

Humans are incredibly social creatures and we all need to feel like we belong in order to survive.

Shane Satterley, a PhD candidate at Griffith University specialising in terrorism and radicalisation, said people typically joined cults when they were experiencing an “identity crisis”.

“These people are searching for meaning, for their old identity to be scrapped, so they’re drifting around with open eyes for anything to come along,” Mr Satterley told The New Daily.

“When the wrong charismatic leader comes along with an ideology that makes sense to them, they can find it appealing.”

People suffering drug and alcohol abuse, strained relationships or the death of a loved one were particularly vulnerable to being sucked in, he said.

He added South Korea could be suffering an identity crisis of its own, which may explain why an estimated two million South Koreans are reportedly involved with a fringe church.

“When there are times of political unrest or rapid change, then you start to see some fringe groups begin to emerge,” he said.

Mr Aron said there was “a lot of fear and insecurity about what’s happening between north and south (Korea), and the world in general”.

“All that fear contributes to a desire to have a living master, a philosophy that is concrete and defined to take away the uncertainty,” he said.

“It feeds into that incredibly strong human trait that we have to belong, to be a part of something.”