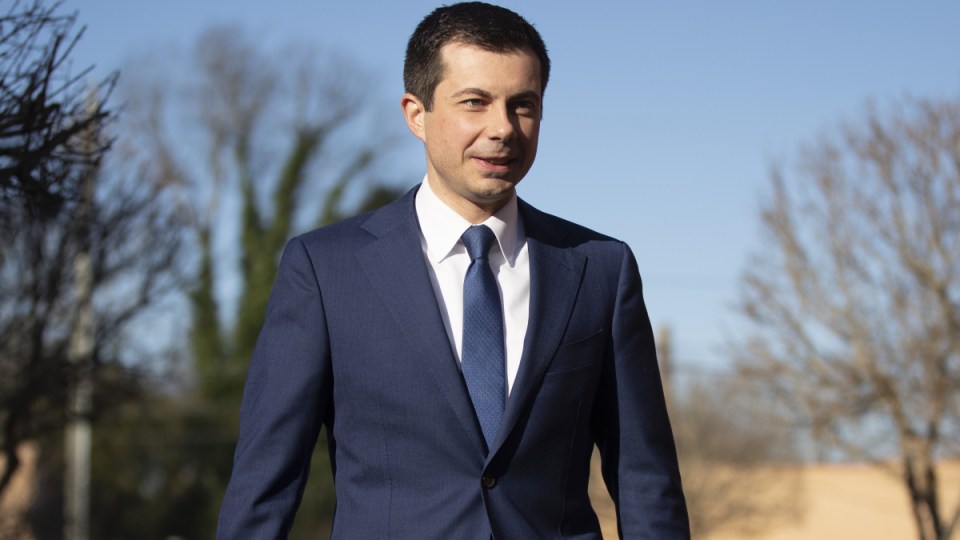 Mr Buttigieg is heading back to South Bend where he will give a speech suspending his campaign, the aide said, following a fourth-place finish in Saturday’s South Carolina primary.

“Even Mayor Pete’s decision to get out before Super Tuesday – where he could’ve added delegates – deserves respect.

“Because it’s a concession to reality rather than in service to his ego. He was crowding the center lane and decided to put defeating Donald Trump first,” he wrote.

A former graduate of Harvard College and Oxford University, Mr Buttigieg served as South Bend mayor from 2012 to 2020.

The announcement comes as Democratic candidate Joe Biden received an outpouring of black voter support in a convincing victory in South Carolina’s Democratic primary, resurrecting his faltering White House bid and giving the former vice president a chance to claim he is the moderate alternative to front-runner Bernie Sanders.

The decisive win on Saturday gives Mr Biden a burst of momentum in the Democratic race to challenge Republican President Donald Trump, which broadens quickly with Super Tuesday (March 3 local time) primaries in 14 states in three days that will award one-third of the available national delegates.

It was the first presidential primary win ever for Mr Biden, who is making his third run at the White House.

He immediately took aim at Mr Sanders, an independent senator from Vermont and self-described democratic socialist whose surging campaign and calls for a political revolution have rattled a Democratic establishment worried he is too far left to beat Mr Trump in November.

“Democrats want a nominee who is a Democrat,” Mr Biden told cheering supporters in Columbia, South Carolina, in a jab at Mr Sanders.

“Win big or lose, that’s the choice. Most Americans don’t want the promise of a revolution. They want more than promises they want results.”

The polls showed Mr Biden – vice president under former President Barack Obama – with 61 per cent of African-American support to Mr Sanders’ 17 per cent.

Mr Biden must now hope a flurry of media attention and his name recognition will help him in Super Tuesday states, where Mr Sanders’ prolific fundraising helped him build bigger organisations and broadcast far more advertisements.

Mr Biden and all of the other Democratic contenders also will face competition for the first time on Super Tuesday from billionaire former New York Mayor Michael Bloomberg, who has blanketed the country with half a billion dollars in advertising. Bloomberg skipped the first four state primaries.

But at least five states – Alabama, North Carolina, Tennessee, Arkansas, and Virginia – have big blocs of African-American voters that could help Mr Biden make a comeback.

Mr Biden’s dominance in South Carolina raised questions about the continued viability of most of the other contenders.

Afghanistan veteran Pete Buttigieg was among those including Elizabeth Warren and Amy Klobuchar who all were well behind in the state.

Billionaire activist Tom Steyer had 11 per cent and all of the other contenders were well behind with single digits.

As the vote count rolled in on Saturday night, Mr Steyer, who had spent heavily in South Carolina to court African-American voters, ended his presidential bid as it emerged he was coming in a distant third.

Mr Biden desperately needed a win after poor showings in the first two nominating contests in Iowa and New Hampshire and a second-place finish in Nevada. He had viewed South Carolina, where his popularity among the state’s big bloc of black voters proved decisive, as his firewall against disaster.

The resounding margin could slow the momentum of Mr Sanders, who had grown stronger with each contest, finishing in a virtual tie for first in Iowa with Mr Buttigieg, before notching wins in New Hampshire and Nevada.

Mr Biden, a mainstream Democrat with decades of experience on the US political stage, was powered in South Carolina by support from a broad range of voters, including men and women, black and white, middle-aged and old, those with and without college degrees, independent, liberal and conservative, exit polls showed.