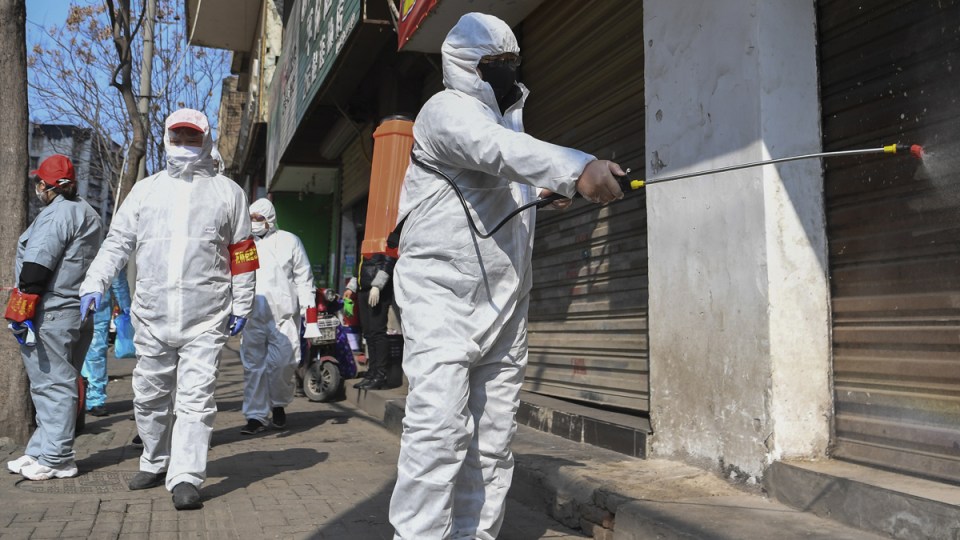 Efforts to contain the virus are losing ground. Photo: AAP

It’s been revealed that 23 passengers were allowed to leave the Diamond Princess without being tested for coronavirus, as authorities confirm one disembarked passenger has the disease.

The country’s health minister says it was an operational error, as questions grow over whether Japan has enough systems in place to host this year’s Olympic Games.

“I (feel deep) remorse that an operational mistake invited such a situation and we would like to make sure that such a situation will never occur again,” health minister Katsunobu Kato told a press conference, CNN reported.

The passenger who tested positive for the virus was cleared to leave the Princess after the 14-day quarantine period, and is the first known case from the cruise to develop the virus outside of that timeframe.

It adds to confusion over what global health authorities thought they knew about the disease and how it works.

In the virus epicentre, China’s Hubei province, a man has tested positive after a 27 day incubation period. This means the two-week quarantine that’s been implemented across the world – including Australia – could be worthless.

The World Health Organisation said the next big fear for the disease is that it enters countries that won’t be able to stem the spread.

“Our biggest concern continues to be the potential for COVID-19 to spread in countries with weaker health systems,” WHO chief Tedros Adhanom Ghebreyesus said.

The US’ top infectious disease doctor has said the world is “clearly at the brink” of a pandemic.

“So when you get countries like Japan and South Korea that have these cases that are person to person to person without any real ability to point to where it came from, that’s the makings of a pandemic,” Dr Fauci told the news outlet.

“And if you have multiple countries like that, then the horse is out the barn.”

While China has posted a sharp fall in deaths and new cases, South Korea is emerging as the new worry in the global outbreak.

In the same breath as reporting the plateau, world health authorities removed any thoughts that the outbreak may be nearly over.

South Korea’s cases have doubled, as the spread is pin-pointed to a church gathering and a hospital outbreak.

Italy has put nearly a dozen villages in the north into lock down in an attempt to stymy its spread of the disease.

Iran is also being viewed as a country of concern: its cases have soared from zero to almost 30 in the space of a week.

As scientists at the University of Queensland announced they are almost ready to begin animal testing of a coronavirus vaccine, WHO chief Dr  Ghebreyesus admitted opportunities to restrict the spread of the virus are vanishing by the day.

“Our window of opportunity is narrowing,” Dr Ghebreyesus said.

“We need to act quickly before it closes completely.”

Others believe it may already have shut.

“What we find is that this virus is going to be very difficult to contain,” said Jeffrey Shaman, an infectious disease researcher at Columbia University.

“Personally, I don’t think we can do it.”

For virologists and epidemiologists, the global spread of the virus is approaching a watershed – the day when health authorities will need to abandon attempts to isolate the infected and instead focus on minimising casualties among the most vulnerable.

“We should assume that this virus is very soon going to be spreading in communities here, if it isn’t already, and despite aggressive actions, we should be putting more efforts to mitigate impacts,” said US epidemiologist Jennifer Nuzzo, of the Johns Hopkins Centre for Health Security.

“That means protecting people who are most likely to develop severe illness and die.”

The New England Journal of Medicine this week pointed to a statistical analysis that posits that the disease reaches peak infectiousness shortly after people start to feel sick.

If the spread of the virus continues to gain traction, as many as seven out of every 10 people on the planet will be infected, Harvard epidemiologist Marc Lipsitch told the Washington Post.